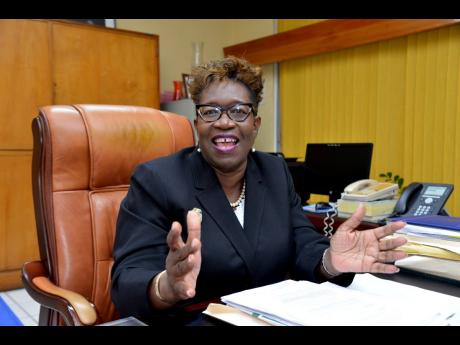 Hailing Monday’s double conviction for the 2011 Roderick ‘Bunny’ Francis murder, Director of Public Prosecutions (DPP) Paula Llewellyn says the performance of her office will not be diminished because of the prevailing COVID-19 pandemic.

Carlos Batista and George Gardener were convicted in the Home Circuit Court in downtown Kingston on Monday after a trial that was closed to the public.

A third man, Sheldon Watson, has already pleaded guilty to accessory after the fact of murder and is scheduled to be sentenced later this week.

In an eight-week trial, prosecutors argued that the men were part of a group that plotted and carried out the killing near Francis’ St Andrew home.

Francis, 61, was the chief executive officer of B&D Trawling Limited.

His murder was suspected to be a contract killing.

The DPP has commended her two assistants for dealing professionally with what she described as a complex case.

“We turned adverse circumstances into opportunity,” she said.

Llewellyn said that her prosecutors have to remain tough.

“Challenges and how to overcome the challenges in the public interest go hand in glove with the core function that we operate under in the Constitution.”