Homeless man with master’s gets a flat 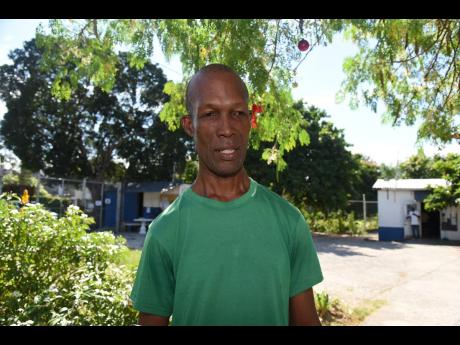 Claudius Brown, the ex-cop who has a master’s degree and wanted to become a taxi driver this year, is no longer homeless.

Brown, whose story The Gleaner recently captured, was deported from the US in 2006 for overstaying after visiting his sick father and for several years had been living at the Open Arms Drop-in Centre off Windward Road.

Although he has a master’s in theological studies as well as a first degree, two diplomas, City and Guilds certification in basic electrical installation and a Private Security Regulation Authority licence, he has struggled to find employment and was hoping to regain his independence by venturing into the transport sector for the new year.

Brown said he had put out an advertisement seeking a pastoral job, but the churches that contacted him did not offer employment.

“One said it would have been better for me to start my own congregation because nobody is going to want to hire me into their church because they don’t know me,” he told The Gleaner a few weeks ago.

Since the publication on New Year’s Eve, the Mona Heights Church of Christ has come to his rescue, giving him a one-bedroom flat and a stipend to fund his basic necessities.

“I will be here until I am ready to leave,” he said of his new lodgings.

They have also started a GoFundMe campaign to raise money to purchase a car, which Brown will use to operate as a taxi.

Brown was able to get a few odd jobs while living at the centre and managed to purchase a 1995 Nissan Sunny four months ago. Following the publication of his story, someone had committed to paying for its licensing and insurance, but the Transport Authority has advised that it cannot be operated as a taxi because it is more than 20 years old.

Some of his batchmates from the Jamaica Constabulary Force, including Inspector Georgia Brown, have now reached out to him.

“We are trying to see how best we can assist him in getting back on his feet,” she said.