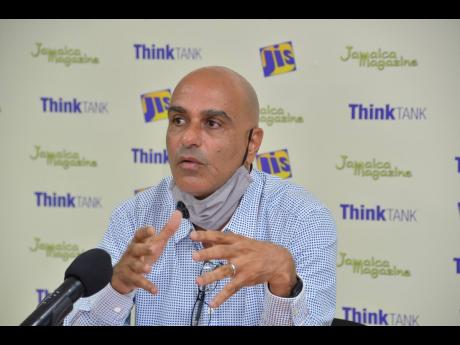 John Byles, chairman of the Tourism Resilient Corridors Committee (TRCC), has refuted a claim by Dr Marcia Graham of the Westmoreland Health Department that tourism players in the parish are disregarding established COVID-19 health protocols.

Byles, who is also the executive director of Chukka Caribbean Adventure Tours, insists that the hospitality sector is in full compliance with government guidelines in its mitigation efforts and is an example worth following.

“I feel that there is a level of misrepresentation as far as what is taking place with tourism in regard to COVID-19 protocols compliance,” Byles told The Gleaner. “There is a general pointing of fingers at the tourism sector, [but] if you look at what is supposed to have been a spike after the festivities, the spike was substantially less than everybody was assuming.”

The TRCC chairman was responding to a Gleaner story in which both the Westmoreland Health Department and the Westmorland Municipal Corporation (WMC) raised concerns about adherence to the COVID-19 protocols within the tourism sector.

“It is unfortunate that the scales are appearing to be very unbalanced in terms of what happens in the community versus what is happening in the tourist establishments, but it puts all of us at risk,” Graham told last week’s monthly meeting of the WMC.

Devon Thomas, councillor for the Savanna-la-Mar North Division, echoed the concerns raised by Graham, saying he had personally visited a property where the protocols were being flouted.

“I saw things very loose,” said Thomas. “Maybe I was the only one who had on a mask, everybody was just loose.”

However, Byles, who is also a vice president of the Private Sector Organisation of Jamaica, said there was a need for a greater appreciation of the COVID-19 situation nationally.

“There will be breakdowns from time to time and place to place, but the tourism sector is following very stringent oversight,” he said. “There is surveillance and enforcement and all the different agencies going into the hotels and to the attractions industries.”

Byles suggested that instead of pointing fingers at the tourism sector, the Westmoreland Health Department and the WMC could evaluate the workings of the protocols in the sector with a view of replicating them into communities and other workplaces to achieve the desired goals.

“In other words, let’s look at tourism, let’s look at the business process outsourcing [sector]. Let’s identify how they built the capacity to be able to operate safely and let us see how we can replicate it together in the other workspaces,” stated Byles.