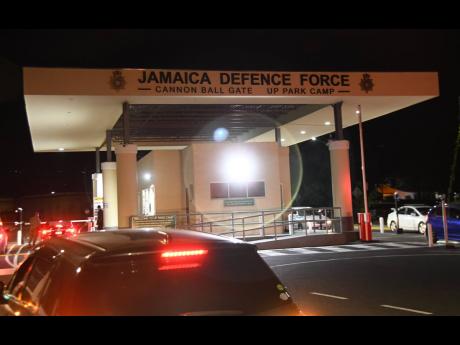 A Jamaica Defence Force (JDF) lieutenant and a female officer under his command have both been found guilty of contravening the army’s policy on personal relationship and fraternisation following a probe into allegations of inappropriate conduct.

The lieutenant, who was given the maximum fine under the Defence Act, has since tendered his resignation to the Defence Board.

The outcome of the investigation was announced by the army in a press release yesterday, on the eve of a parliamentary joint select committee meeting to deliberate on the country’s new sexual harassment laws.

A Jamaica Observer report recently raised allegations that a female officer who had a sexual relationship with her superior was being punished for requesting a transfer.

“Both the officer and the female soldier were tried by the appropriate superior authority and commanding officer, respectively. They were both found guilty,” the JDF statement stated.

The joint select committee of Parliament examining the proposed sexual harassment legislation has been hearing arguments from stakeholders on how to protect women from predators.

The bill, which addresses acts committed against both males and females, speaks largely to two main categories: making unwelcome sexual advances that are reasonably offensive or humiliating; and interfering unreasonably with work performance or creating an intimidating, offensive or hostile work environment.