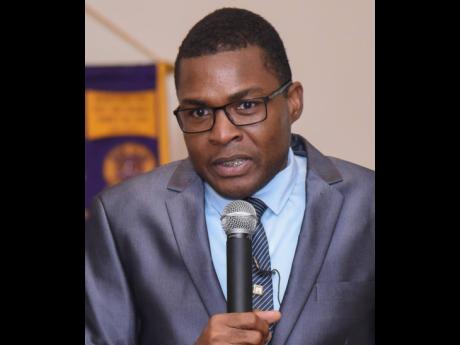 Despite a number of fiery tragedies in recent years, several state-run and private childcare facilities across the island are still operating well below the requisite safety and public health standards set by the Government, with gaps in basic areas such as fire prevention.

The disclosure was made by Junior Youth Minister Robert Morgan as he addressed yesterday’s Educational Achievement Awards ceremony at the Terra Nova All Suite Hotel in St Andrew to salute youngsters in care who have passed four or more Caribbean Secondary Education Certificate (CSEC) or Caribbean Advanced Proficiency Examinations (CAPE) subjects in last year’s summer sitting.

“I was very surprised to find out the other day that a lot of our homes are due to be licensed, but have challenges fulfilling the requirements, … but I won’t call their names here yet,” he said

Morgan said that in partnership with the Child Protection and Family Services Agency (CPFSA), the ministry would be working with the homes over the next three months to have them satisfy the requirements to be licensed.

Child-rights advocates have been constantly calling for a review of and stricter monitoring of safety standards at childcare facilities across the island.

Three years ago, 12-year-old Anika McCrae and 16-year-old Annakay Moreland perished in a fire which destroyed the Walker’s Place of Safety at the intersection of Lyndhurst Road and Lyndhurst Crescent in St Andrew.

The blaze, which began minutes before midnight on January 14, 2018, razed the facility which housed 19 boys and 17 girls.

The CPFSA said that the facility had been operating with a comprehensive safety and security plan in keeping with the standards governing such institutions.

In May 2009, a fire also claimed the lives of five girls and injured 13 at the Armadale Juvenile Correctional Centre in St Ann.

Also, in January 2017, fire destroyed the Clifton Boys’ Home in Darliston, Westmoreland, and in August 2019, Jamaica National Children’s Home in Papine, St Andrew, was also gutted. No injuries were reported in these incidents.

Yesterday, Morgan vowed to monitor the current situation closely to ensure that the standards are met as he did not want another tragedy on his watch.

“That’s something that I am very strong on and it’s not a warning, but it’s a hope that after the three month-period, we will not be forced to go the next step for homes who have not acquiesced to the licensing requirements because I do not want another Walker’s Place of Safety. That’s a commitment I am making. Whatever I can do to prevent another fire, or to prevent another child dying in a home, it’s something that I am committed to,” the state minister said.

Morgan also expressed discontent with a section of the Child Care and Protection Act, which is currently under review.

“One of the most challenging realisations that I have had as minister is that judges are still designating children as ‘uncontrollable’. I have a report on my desk with over 40 children who are now in juvenile facilities, not convicted of a crime, but apparently children can commit a crime by being ‘uncontrollable’,” he said.

“It is something that we need to deal with, and I as a minister I’m not going to push aside the responsibility. We need to amend the Child Care and Protection Act to remove the discretion where judges, within their right, are able to designate children who their parents bring them to the police or bring them to the State and say, ‘Me can’t control him’. So they end up in a juvenile facility, which is no place for a child,” he said.

The state minister admitted that there are children committing serious crimes such as murder and rape and for whom juvenile facilities might be appropriate, but argued that the current legislation was too restrictive.

“The mere designation of someone as ‘uncontrollable’ should not be a reason for them to be locked up in a juvenile care facility, when we have homes that have the necessary support that can provide the psychosocial remedial help to assist these young people in resocialisation.”

At least 115 youngsters in state care were successful in four or more CSEC or CAPE subjects at the last sitting, and CEO of the CPFSA, Rosalee Gage-Grey, encouraged them to be proud of their accomplishments, remain focused and appreciate the investments made by the Government in their future.