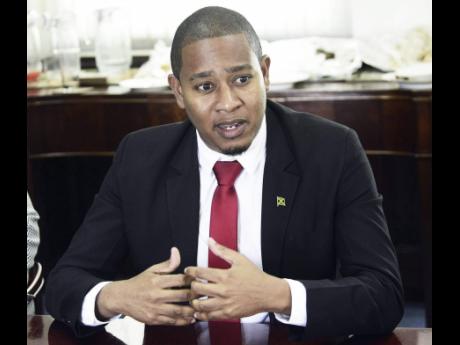 The 11 Jamaica Hope cows stolen from Windalco’s J.J. Gagnon Farm in Manchester on January 12 were tagged under the Government-mandated National Animal Identification and Traceability System and had the company’s JX brand etched on their right side.

Despite an advertisement published in THE WEEKEND STAR of January 29 appealing for the public’s help in recovering the animals, the company had not received any information on the theft up to press time.

The company has estimated the total value of the stolen dairy cattle at $880,000.

“We stand to lose approximately 27,000 litres of milk over a one-year period,” a spokesman for the company said in a statement.

Six of the cows were pregnant.

In December 2020, Minister of Agriculture and Fisheries Floyd Green declared that the Praedial Larceny Prevention Coordination Unit was ramping up efforts to tackle the scourge that has been conservatively estimated at $6 billion.

Addressing the Anti-Praedial Larceny Pre-Christmas Training Programme at the Jamaica Constabulary Force’s Criminal Investigation Branch in New Kingston on Wednesday, he cited an increase in arrests as a sign of progress.

At the time, Green said there were 69 arrests compared to 39 a year earlier.

“Not only are we seeing renewed energy and focus, we are also seeing greater success,” Green said. “ ... That is a significant increase.”

However, industry stakeholders have long insisted that arrests do not, in themselves, translate to justice for the affected farmers, as restitution is rarely dispensed.

Selena Ledgister, World Bank consultant to the ministry’s Climate Resilience in Fisheries Sector, is among the latest industry insiders to accuse the courts of ignoring the devastating impact of farm theft.

In her address to the presentation ceremony of a patrol boat to the National Fisheries Authority last October, Ledgister charged that judges were unwittingly aiding and abetting long-term damage to the marine ecosystem.

“The issue is that the judiciary is not familiar with the Fishing Act and the legislation; that you can be fined up to $3 million.”

“So they fine them like a little $20,000, because they feel sorry for them – that they are poor people trying to eke out a living,” she said of rulings against fisherfolk.

She was supported by custos of Clarendon, William Shagoury, who criticised the failure of successive administrations to rein in trespassers. He wants some predators to face up to 20 years in jail.

“The praedial larceny that is taking place cannot continue - the laws that them have, where you stop a man who steal 100 goats and carry him to court, and him get a slap on the wrist,” Shagoury said, while addressing the annual general meeting of the Jamaica Agricultural Society in downtown Kingston last December.