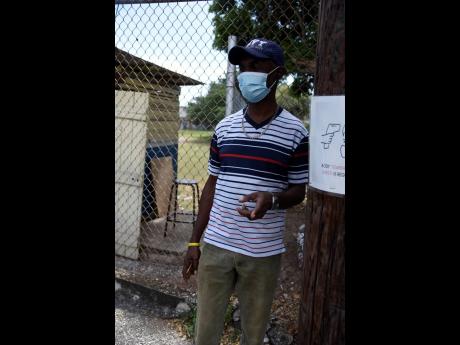 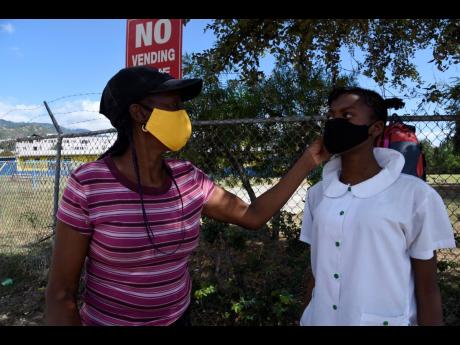 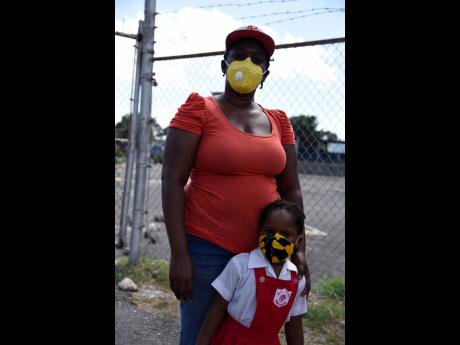 Nicholas Nunes/Photographer
right: Shantal Collins-Grant says that as long as West Indies Basic School is following the protocols, her three-year-old daughter, La’Tivia Grant, should be fine.
1
2
3

A number of parents of children attending Corporate Area schools have expressed mixed views on the call by the National Parent-Teacher Association of Jamaica for all school staff and at least 50 per cent of students be tested for COVID-19 before giving clearance for face-to-face classes.

Shantal Collins-Grant said the lack of supervision of children at home is the main reason she would support testing of students before they are engaged in face-to-face classes.

However, she is apprehensive about having a PCR test administered to her three-year-old daughter, a student at West Indies Basic School, as the nasal swab appears to be painful.

“If my child gets tested, I will know where I stand also,” he said in agreement to the recommendation.

Douglas, who is also the driver of the school bus, said face-to-face classes can continue – even amid a spike in COVID-19 cases islandwide – once students and staff practise strict adherence to protocols at school and at home.

A parent at St Theresa Preparatory, who asked not to be named, offered full support to the suggestion, saying it would allow for asymptomatic students or staff could be identified to prevent them from transmitting the virus.

“Based on what I have seen over a period of time, even at my workplace, persons usually get their temperature checked and sanitisation is done, yet still they find positive cases,” he pointed out.

Anthony Campbell, a parent at Mona High, expressed concern that while students may generally abide by the protocols at school, they may drop their guard during commute or within their communities.

He urged parents to speak with their children about the importance of reducing their risk of exposure to the virus.

In a COVID-19 press conference last Thursday, Chief Medical Officer Dr Jacquiline Bisasor-McKenzie noted an increase in the number of patients who were moderately, severely and critically ill, as well as a rise in cases among all age groups.

Of the total confirmed cases, 1,851 were among children ages zero to 17 years.

Kirk Benjamin, a Mona Preparatory School parent, was not overly worried about the number of schools which have temporarily closed their doors because of positive cases, as that number is relatively small when compared to the larger school population.

In January, eight of the 216 schools approved for face-to-face classes were impacted by COVID-19. Since then, several others have closed with the latest one being Munro College, where 21 students and two teachers tested positive.

Beverly Smith has made it her duty to travel with her grade six child to and from school at Mona Heights Primary to curtail the risk of exposure.

She believes testing is necessary and should not just be conducted when students begin displaying symptoms or when they have been identified as a contact of a confirmed patient.

Smith said many parents, including herself, want their children to engage in face-to-face classes, but noted that citizens across the island need to take a greater level of personal responsibility.

“Some students are not coping with online classes and so the in-person teaching is important for them,” Donovan McPherson weighed in. “If testing is going to reinforce the safety of students, as well as keep the numbers down, I think it is something that should be pushed as fast as possible.”