Trafficking hoax spawns scare in US 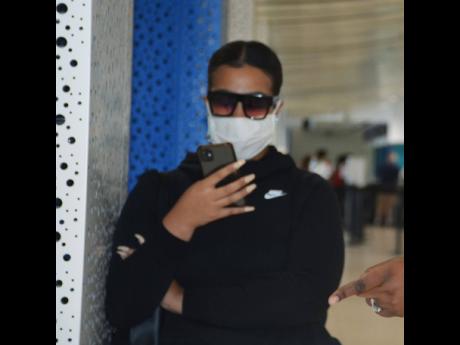 The Jamaica Consulate in New York has been bombarded by an almost 100 per cent increase in calls sparked by the abduction hoax spun by an American air stewardess, with at least one human-trafficking organisation expressing concern.

The revelation was made a day after blowback to Kalina Collier, who earned outrage and wrath by claiming that the Jamaican Government and a north coast hotel had colluded to hold her hostage.

Collier, who was recently employed by JetBlue, was on vacation at the Ocean Coral Spring when she tested positive for COVID-19. Under the Disaster Risk Management Act, anyone who tests positive for the virus must be placed in isolation for no less than 14 days.

The stewardess took to social media and convinced hundreds of thousands of people worldwide that she was kidnapped and feared she would be the victim of human trafficking.

The tables turned on Monday, with critics aiming to activate damage control for Jamaica’s loss of goodwill.

“They want Collier fired from her job and they are threatening to boycott JetBlue if it doesn’t happen, but the airline cannot be blamed for the actions of a brand new employee,” said Wilson.

“Moreover, JetBlue has been one of Jamaica’s best allies.”

Jamaica received a Tier 2 ranking in the 2020 Trafficking in Persons Report produced by the United States Department of State. That designation means that “the Government of Jamaica does not fully meet the minimum standards for the elimination of trafficking”. But successive administrations have expressed disapproval at the ranking.

In the meantime, some travel experts say they have had to cancel reservations because of the negative press triggered by the hoax.

“Due to the story, my large spring-break group that I have for March travel to Jamaica is cancelling today. Weeks of work down the toilet,” lamented an agent in one travel group on Monday.

JetBlue, in a statement undersigned by Derek Dombrowski, manager of corporate communications, confirmed that the crewmember had safely returned to the United States after her quarantine expired. The airline has ordered an “urgent” investigation into Collier’s actions.

“We have full confidence in Jamaica’s health protocols and it is important everyone follows the rules. We hold each JetBlue crewmember to the highest standards when it comes to personal integrity,” Dombrowski said.