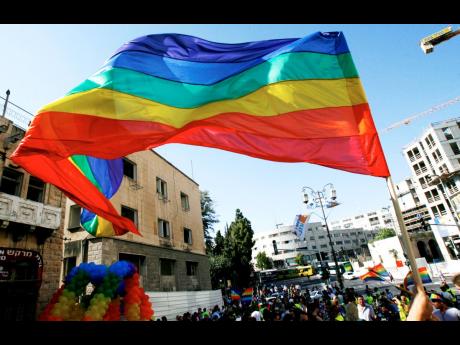 An international tribunal has found that the Jamaican Government violated the rights of a gay man and a lesbian, according to a ruling released Wednesday, and activists say it could set a precedent in a region long known for legal harassment of the LGBT community.

The ruling was issued by the Inter-American Commission on Human Rights (IACHR) in September 2019, but the commission had kept it confidential until Wednesday.

“This is now the landmark LGBT human rights case for the entire Caribbean region,” said Human Dignity Trust, a United Kingdom-based legal organisation that presented the case to the commission in 2011.

The trust represented Gareth Henry, who attorneys said is a gay man living as a refugee in Canada, and Simone Edwards, a lesbian they say was forced to flee Jamaica.

Henry sought asylum in Canada in 2008 after facing police brutality and repeated attacks by homophobic gangs, including being chased by a mob of some 200 people who were chanting that gay people must be killed, according to the trust.

Edwards was shot several times outside her home in 2008 by people who tried to kill her and her two brothers, one of whom is also gay, attorneys said, adding that she lost one of her kidneys and part of her liver. She has since been granted asylum in Europe.

Activists hailed the decision of the commission, which is an autonomous body of the Organization of American States. It called on Jamaica’s Government to provide full reparation, including economic compensation, but there has been no response so far, Téa Braun, director of Human Dignity Trust, told The Associated Press.

She said that Jamaica has not yet followed any of the commission’s other recommendations.

“We urge the Jamaican Government to recognise the personal suffering of Gareth and Simone and to accelerate the repeal of these discriminatory laws,” she said.

A spokesperson for Jamaica’s Government did not immediately return a request for comment.

Jamaica is one of nine nations across the Caribbean that still have laws prohibiting consensual, same-sex intimacy, according to the trust. These include Barbados, Dominica, Grenada, St Lucia, St Vincent and the Grenadines, St Kitts and Nevis, and Antigua and Barbuda. The colonial-era laws call for penalties that range from 10 years to life in prison, with one including hard labour as well.

While the laws are rarely enforced, human rights organisations note that violence and harassment still exist in the Caribbean and that members of the LGBT community are frequently refused housing or employment.