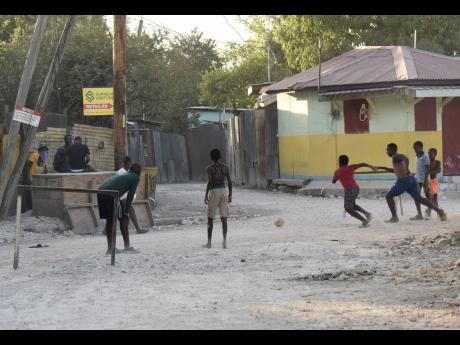 Ian Allen/Photographer
Children enjoying a game of football on one of New Haven’s unpaved streets on January 28, 2021. 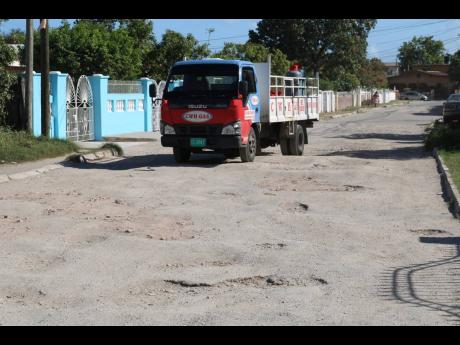 Photo by Christopher Serju
A delivery truck is forced to the extreme right hand side of the roadway as the driver navigates a section of Gordon Terrace in New Haven, St Andrew, on Thursday. 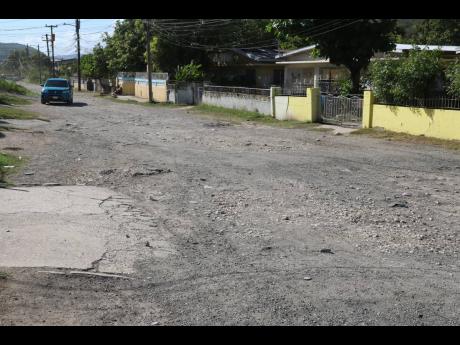 Photo by Christopher Serju
Bybrook Avenue, which intersects with Gordon Terrace in New Haven, St Andrew, is desperately in need of resurfacing. 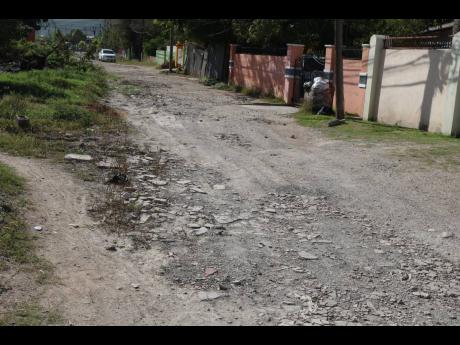 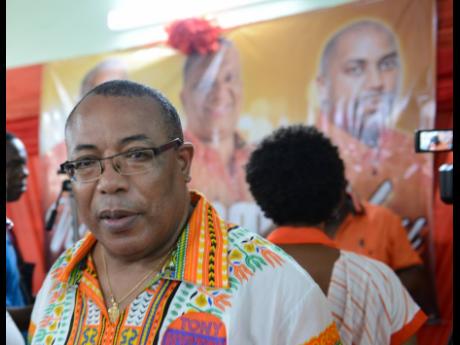 Residents of New Haven in St Andrew Western are paying dearly for decades of underinvestment in urban infrastructure by successive administrations, with little thought given to seriously addressing the root causes of long-standing problems, says...

Residents of New Haven in St Andrew Western are paying dearly for decades of underinvestment in urban infrastructure by successive administrations, with little thought given to seriously addressing the root causes of long-standing problems, says Member of Parliament (MP) Anthony Hylton.

With poor roads which are transformed into rivers during heavy rainfall, New Haven also battles sewage overflows and garbage pollution when the area becomes flooded.

A four-term MP, Hylton told The Gleaner that while the constituency is very large, New Haven is located at the southern tip, with the run-off from many uptown drains and gullies ending up swamping the community, which is below sea level.

While acknowledging as unfortunate the fact that residents alternate between very dry, dusty conditions and flooding, Hylton says the haphazard patching of roads will not bring a full solution to the problem.

“We don’t live in a country which has all kinds of resources, and they are usually skewed in their distribution, and political administrations are just as guilty. There was a time when you get two roads in the constituency fixed, but what is two roads in my constituency, which stretches from Belvedere in the north, down to New Haven?

“New Haven has a major drainage issue with the bottom half of my constituency below sea level and most people don’t recognise that. So when the rain falls, we are faced with a situation where ... the Duhaney River runs through Duhaney Park to New Haven, all the way to Seaview Gardens, where the river is silted up,” he said.

As a result of the very high water table in the area, whenever the roads are fixed and it rains thereafter, residents are often trapped in their dwellings due to inadequate drainage. For this reason, Hylton is anticipating the tabling of his motion in Parliament to discuss the impact of drains and gullies on his constituency.

“We not lazy. We do our work and some people talk about is because is a strong PNP (People’s National Party) seat [why the problems aren’t being addressed]. The roads are just one aspect of the under-investment in urban infrastructure, which extends to areas such as housing, too,” the MP said.

On Thursday, The Gleaner noticed that a number of major thoroughfares such as Gordon Terrace had been reduced to dust bowls, while Alamanda Terrace reflected the ongoing efforts of residents to use construction rubble to effect repairs in vain.

“It is very bad. The road fix about five years ago. Unfortunately, the [National] Water Commission dig it up and just make it gone back to square one. One bag a dust all over the place,”said one young woman who has been living on Gordon Terrace for a decade.

“Every week me haffi wash mi fan. Every single week me clean furniture because of the dust,” she continued.

Over on Alamanda Terrace, furniture maker Vernon Thompson and his employee, Lloyd Diviney, were enjoying the sunny conditions, which are ideal for spraying the wooden creations, and they recalled well the last time it rained.

“If we get some heavy rains now it would be very bad because you probably would need a row boat ‘round them place because of the magnitude of the water when it comes,” Thompson said.

“You wouldn’t like go see when it rain. We have to wear waterboot fi go in and out of the shop,” Diviney added.

At the end of Bybrook Avenue, Avis Haase, who shares a two-family house, admitted that conditions are a little improved since the road was scraped in December, but she was disappointed that the resurfacing promised for January had not been forthcoming.

“When rain fall, one gully behind the house and the whole yard full a water and you can’t come out. The last rain, my daughter couldn’t go to work for about five days and she drive,” she said. “A one serious suppen when rain fall here. You stand up at the gate and you a look out and is just water everywhere. You have to think twice when dirty water, sewage water and garbage and other suppen a come in a we have children here,” she said, her face reflecting disgust at the unpleasant memory.

Hylton insists that it is not for lack of political representation that the many problems have not been resolved.

“No member of parliament worth his salt would stand and not do anything to ease the people’s woes. ... If I had a magic wand, I would wave it and all roads would be fixed. Maybe the reason I don’t get the budget is that they think it’s a safe PNP seat,” he said, hinting that the current Jamaica Labour Party administration was not as motivated to address the issues.