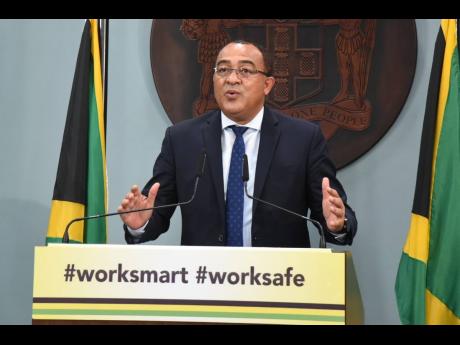 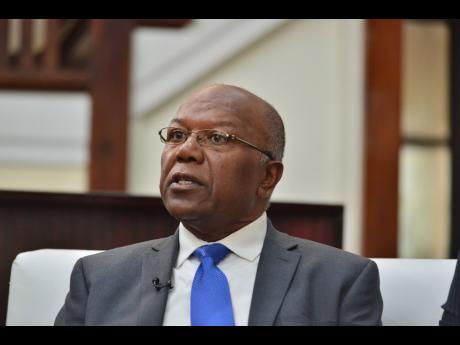 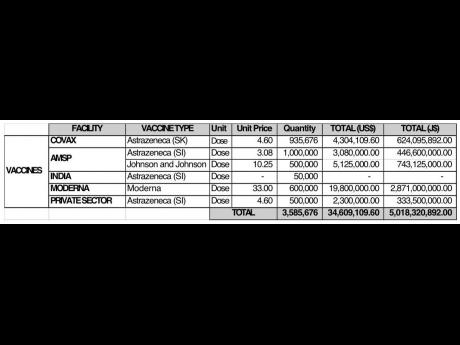 Health Minister Dr Christopher Tufton is pushing back against criticism, particularly from the Opposition, as Jamaica is yet to get out of the blocks in the race against time to vaccinate its population against the deadly coronavirus pandemic.

With close to 7,500 active COVID-19 cases and almost 400 deaths from the virus, the Government has been dubbed tardy, as other English-speaking Caribbean states, including Barbados and Trinidad and Tobago, begin inoculating their citizens.

Yesterday, Tufton explained that those vaccines were a gift to the region from India, an arrangement from which Jamaica may also benefit in coming months. In the interim, he said the Government is taking a “safety first” approach to vaccine sourcing and dissemination in Jamaica.

“Jamaica has always indicated its policy position around vaccines, and it is that we have to ensure that the vaccines we bring in, promote and administer to the public go through critical stages of trials and are signed off on by the World Health Organization (WHO),” Tufton told The Sunday Gleaner.

“Safety for us is more important than being the first to access a vaccine, particularly in the context of a society that is already highly suspicious of taking vaccines.”

He added that Jamaica has been in dialogue with several suppliers for COVID-19 vaccines.

Still, challenges beyond the island’s control, such as future and bulk-buying and hoarding of vaccinations by more developed states, are among the hindrances to Jamaica’s quest to secure safe, efficient vaccination soonest.

“When that entire testing process has been done and signed off on, that’s when we can be assured that the vaccines are safe,” the health minister explained, positing that the Caribbean generally still faces a coronavirus vaccination crisis despite limited roll-out in other states.

As it is, the Government has been looking to secure vaccines from five entities at a total cost of US$35 million by March next year; however, it is hoping to start roll-out before the end this month.

“It may not be the quantities that we would like but we have committed to purchasing 3.5 million doses, enough for two million people during this budget. So the resources are there,” Tufton noted.

“Jamaica is seemingly the last country in the CARICOM region to be getting vaccination for COVID-19. We have seen where our sister territories Barbados, Trinidad, St Vincent and the Grenadines, and Antigua have received and have started giving vaccines,” Guy listed.

“The Ministry of Health has indicated that Jamaica will get its supply toward the end of February. We do not have a clear timetable as to when this will come and with the rising numbers that we are seeing, there is a need for vaccination as another tool to fight COVID-19,” he charged, questioning the Government’s method of vaccinating two million Jamaicans.

“This works out to about 71 per cent of the population and that would translate into us having herd immunity. The challenge, though, is that we are late in securing vaccines and are scuffling around to see if we can get any commitment from manufacturers or countries,” Guy continued, arguing that the Government has been relying solely on the COVAX supply.

Guy questioned the feasibility of the Moderna vaccination being sought by the Andrew Holness administration, stating that unlike the others, each person would require two doses, cutting the range of persons vaccinated by half.

“We recognise that the country needs vaccines, but we feel that the Government should hold off on purchasing any Moderna vaccine at this time because more vaccines are going to be rolled out with WHO (World Health Organisation) approval.”

Golding argued that: “The Government has been seriously negligent in sourcing vaccines and has thereby failed to protect the Jamaican people.”

“It was known to governments from inception that the COVAX facility would only provide a relatively small portion of each country’s needs. Despite that, nothing was done towards securing required quantities from other sources,” he argued.

“Other countries are ahead of us. We are at the back of the queue, playing catch-up.”

Guy also said the country has not yet been informed of the logistical arrangements for vaccination, proposing that the Government set up mass vaccination centres if it means to meet its March 2022 target.