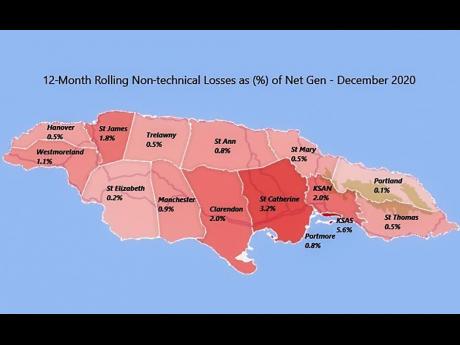 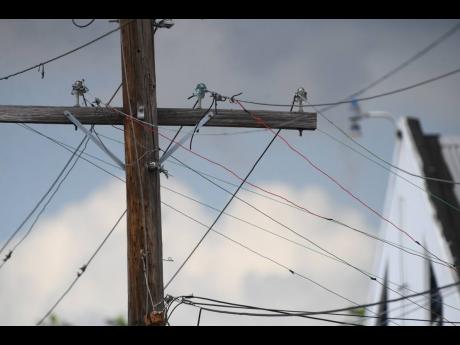 The Jamaica Public Service Company (JPS) has been hit hardest by electricity theft in communities located in Kingston, with the light and power provider reporting losses in the sum of US$61 million for the 12-month period ending December 2020 in...

The Jamaica Public Service Company (JPS) has been hit hardest by electricity theft in communities located in Kingston, with the light and power provider reporting losses in the sum of US$61 million for the 12-month period ending December 2020 in Kingston and St Andrew North (KSAN) alone.

Kingston recorded 5.6 per cent of the overall non-technical losses, a cosmetic term for electricity theft.

When electricity theft is taken into account across the country for the same period, the JPS says it is reeling from losses amounting to approximately US$200 million.

The parish of St Catherine is in second position, with the JPS reporting a 3.2 per cent fallout in earnings owing to persons who use electricity without paying for it.

With each percentage point representing approximately US$11 million in revenue, electricity theft in St Catherine has deprived the company of US$35.2 million.

Winsome Callum, director of corporate communications and customer experience at the JPS, indicated that the losses were similar to those of 2019, with Kingston and St Andrew showing the highest losses followed by St Catherine. St Catherine and the Corporate Area have the highest population density islandwide.

Calllum said that the company was particularly concerned about the upward trend in losses following the outbreak of the COVID-19 pandemic last year.

“The fact that electricity theft is a crime, as well as a socio-economic problem, makes it impossible for JPS to fix this problem on its own,” Callum said, adding that the company has partnered with other key players, including the security forces, in order to address the problem.

“The primary strategy is the implementation of socio-economic programmes, to include social intervention and partnership with GOJ, community leaders, and other stakeholders. A secondary strategy is the installation of more robust technical infrastructure to mitigate breaches,” Callum added.

She said that the JPS had identified nine communities for new anti-theft projects this year, with five of them located in Kingston and St Andrew.

Callum also disclosed that the JPS would be upgrading the pole line infrastructure in the designated communities. She urged the residents to have their homes wired by certified electricians and passed by the Government Electrical Inspectorate in order to receive power legally and safely.

The JPS is also continuing its strike-force operations to remove illegal lines and meter audits to check for irregularities. Approximately 24,000 illegal ‘throw-up’ lines have been removed since the start of the year, and 251 meters audited, with 109, or 43 per cent of them, found with irregularities.

Last year, 92 persons were arrested for electricity theft and 12 so far this year. In 2019, the police arrested 102 persons who abstracted power from the JPS illegally.