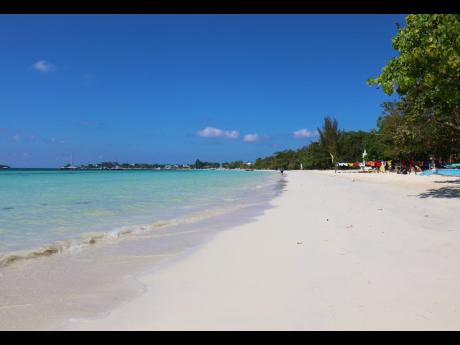 Parish authorities have expanded their blacklist on backyard burials to Norman Manley Boulevard in Negril, citing health and environmental concerns.

“Recently, we had a request for a burial on Norman Manley Boulevard and when we looked at it, the person wanted to bury on the beachside of the boulevard, almost on the beach in the sand,” said Steve Morris, chief public health inspector at the Westmoreland Public Health Services.

In a letter dated November 25, 2020, the health department notified the Westmoreland Municipal Corporation (WMC) that several additional communities have been barred from conducting backyard burials.

Besides Norman Manley Boulevard, the ban was imposed on Old Hope Wharf in Broughton, Little Bay, and Bath.

The development comes as the WMC continues to search for burial spaces as the 12 public cemeteries in the parish are running out of space.

Morris, who assumed the role of chief public health inspector in Westmoreland in 2010, told The Gleaner on Tuesday that he was very surprised when a burial request for Norman Manley Boulevard came to their attention.

“We realised that several other graves were already there, so we decided that we will not approve that request or any more from that area,” said Morris.

In May 2019, the Westmoreland health authorities stopped approving home burials in some communities. Among those districts were Strathbogie, McNeil Lands, Big Bridge, Egypt Gardens, and sections of Broughton, close to the morass.

Morris said that the water table in Westmoreland could be subject to contamination from home burials.

“Once you bury in these areas, you are actually contaminating our groundwater if we are not careful,” he said.

“So, we are trying to limit the number of burials in these areas.”