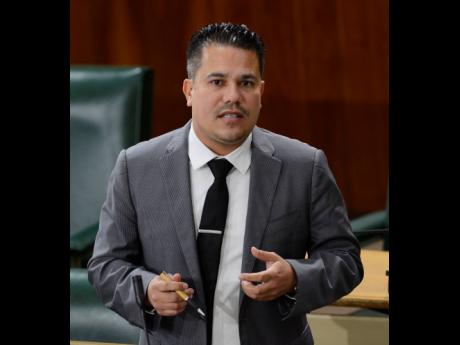 The untidy affairs surrounding the unauthorised procurement of Department of Correctional Services (DCS) uniforms totalling $55.6 million will be ventilated following an internal audit.

Minister without Portfolio in the Ministry of National Security, Senator Matthew Samuda, who has direct supervision of corrections, gave the guarantee during a Gleaner Editors’ Forum on Tuesday.

The issue was first brought to light after being flagged by the Auditor General’s Department in its report for financial year 2019-2020.

“My understanding of the matter is that an internal audit is looking into it, and I think very soon, we can advise the country on the state of it,” Samuda told Gleaner editors and reporters during the virtual forum when asked about the uniforms, which have been delivered but have not been distributed.

Samuda said that the issues of uniforms have been particularly uncomfortable, under successive administrations.

“The unions are not happy. It’s a matter that we have to look at and bring an end to in terms of how it’s being handled. Very soon, I will update the country in terms of changes to that system. It has to come through the usual consultation process with the MOF (Ministry of Finance) and our unions,” he said, admitting that the current system lends itself to challenges.

The union representing the correctional officers has publicly called for action to be taken against persons in management responsible for the foul-up.

The warders, through union representative Arlington Turner, say that they have not received uniforms since 2017.

The auditor general’s report said that some 4,000 uniforms have been sitting in a container somewhere after they were reportedly made without the necessary DCS approval.

A section of the report charged that the DCS had breached government procurement guidelines when it used direct contracting to engage four companies to supply the garments to the tune of $55.6 million.

Commissioner of Corrections Lt Col Gary Rowe is reported to have made the call approving the direct-contracting method to meet a deadline.

This has been flagged as an insufficient justification.

According to the auditor general, it highlights lack of planning and weak governance structure at the DCS.

The report further said that the contracts robbed the DCS of the chance to procure the uniforms at a better cost.

In a brief overview, Samuda said that the issues surrounding the DCS were well known and documented and that plans and programmes abound to deal with them over time.

“The DCS has suffered from just under six decades of underinvestment,” Samuda said.