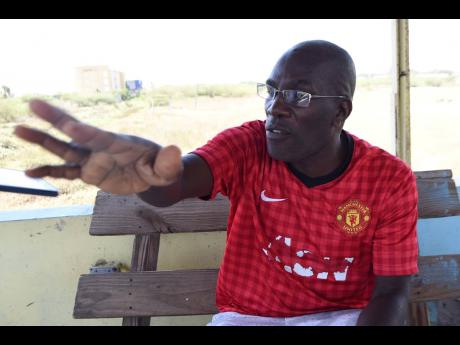 Kenyon Hemans/Photographer
Desmond Wright, a businessman from Naggo Head, is bullish about the high-rise plan but has some reservations. 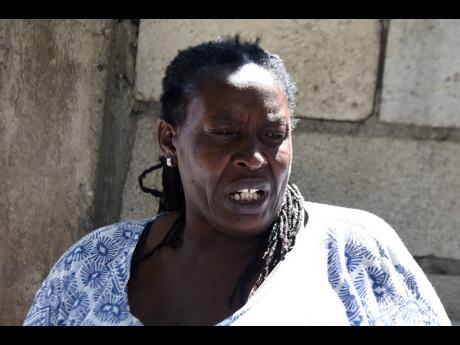 Kenyon Hemans/Photographer
Andrea Smith supports new multistorey construction in Newlands, but says current residents must not be displaced by “outsiders”. 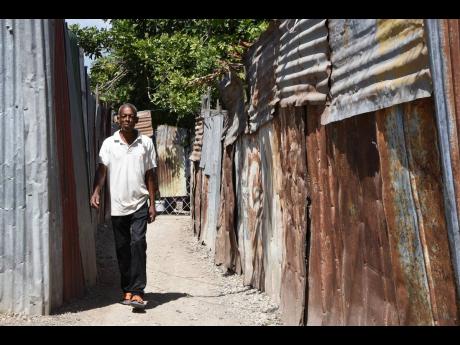 Kenyon Hemans/Photographer
Delroy Young walks along a zinc-fenced pathway in Naggo Head, Portmore. Residents are hopeful that the blighted community can be transformed through significant real-estate investment.
1
2
3

Major real-estate investment in higher-density, multistorey residences in Portmore could rehabilitate the blighted housing stock of neighbourhoods like Gregory Park, a community elder has said. Elkanah Mullings has been a pillar of Gregory Park for...

Major real-estate investment in higher-density, multistorey residences in Portmore could rehabilitate the blighted housing stock of neighbourhoods like Gregory Park, a community elder has said.

Elkanah Mullings has been a pillar of Gregory Park for more than 60 years and is an unabashed supporter of the proposal for more high-rises to be constructed in the Sunshine City.

That recommendation was made by the National Environment and Planning Agency at last Thursday’s meeting of the joint select committee of Parliament that is preparing the groundwork for establishing Portmore as Jamaica’s 15th parish.

Portmore is a sprawling region of St Catherine with a population of 185,000 that is a hodgepodge of cramped homes and more immaculate residences that has been transformed from a dormity area to a widely commercialised space

Mullings is hopeful that the construction proposal will go beyond just talk. He believes that aesthetic revival will also have an impact on crime and general social malaise.

“Bringing in high-rise buidlings to replace these board houses on the squatter lands will help to improve the area,” he told The Gleaner on Saturday.

“Gregory Park is a closely knitted community, and to maintain this bond, they will have to carefully vet the people from outside that will purchase these apartments.”

The Portmore businessman and Naggo Head resident since 1970 said the community can be classified as a ghetto and was desperately in need of uplift. But he harbours concerns that the multistorey revolution might spark a run on communities that are already overcrowded and affected by environmental pollution.

“Portmore right now is overcrowded, and high-rise apartments will only add to that,” he told The Gleaner.

Wright highlighted the road network that will need massive improvements to facilitate more vehicles that will come with high-rise housing development.

One of Newlands’ community leaders, 56-year-old Andrea Smith, has given her vote of confidence to the project proposal. She hopes Newlands will benefit.

“I don’t think the area could get any worse with high-rise, but if people going to come in from outside and those of us living here have to run to somewhere else, I am not for it,” Smith said, insisting that development should rescue residents from poverty, not displace them.

However, Vassell Walker, 57, a community development committee block representative in Old Braeton, objected to the campaign for a wave of multistorey buildings in Portmore.

His outrage centres on a sentiment that has emerged as central to the debate on such construction: that it changes the character of communities, limits green space for leisure, and annoys bungalow dwellers averse to living in the shadows of a much higher neighbour.

“Bringing high-rises to Old Braeton will definitely affect our way of life. Right now, we are used to our space, and high-rise buildings coming here for residential or commercial purposes will infringe on this,” he declared.

Walker is also convinced that attracting more residents to already densely populated communities will increase crime and contribute to joblessness.

However, St Catherine East Central Member of Parliament Alando Terrelonge was unequivocal about the economic and social benefits to be reaped if residential and commercial high-rises dotted the Gregory Park skyline.

“If suitable housing development means that our little kings and queens and their parents will no longer have to live in wooden houses surrounded by zinc fences, and not having proper amenities, as well as gaining employment from new businesses, I am all for it,” Terrelonge told The Gleaner.

“Any development that gives Jamaicans access to owning their own homes with proper infrastructure and social amenities would be a good thing,” he added, citing affordability as the only caveat.

Informal settlements like Gulf and Mexico in Gregory Park, where residents have lived in wooden structures for decades without legal electricity and piped water, would undergo a transformation if the communities were developed, making policing easier and more effective.

Colleague government Member of Parliament Robert Miller in St Catherine South East has given emphatic support for the development of multistorey buildings in Westchester. He said that the community is prime for residential and commercial revival.

Miller cautioned, however, that the area near the canal was not conducive to that sort of development.

But Fitz Jackson, opposition MP for St Catherine South, has described the idea as “hogwash”.

Jackson, the longest-sitting of all MPs with Portmore seats, is a member of the joint select committee discussing parish status but has maintained his opposition to the proposal.

“This is proposal is irrelevant and should not be entertained. I stand by my known position on the subject,” he said.