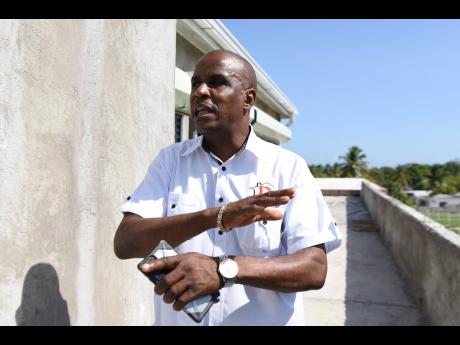 Kenyon Hemans/Photographer
Peter Perry, of Perry’s Funeral Home, is adamant that it is unfair for funeral homes to stand extra storage costs. 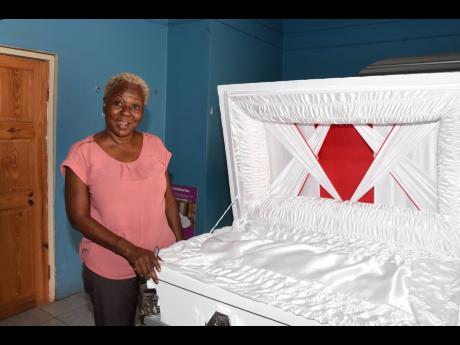 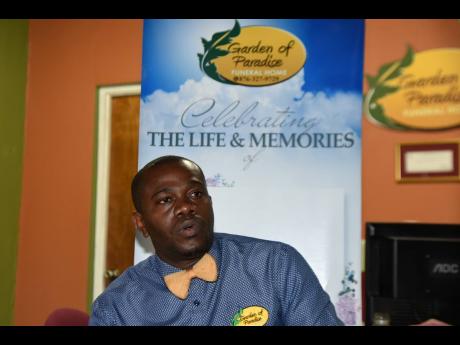 Kenyon Hemans/Photographer
Director at Garden of Paradise, Mark Maitland, foresees cemeteries being crowded at the end of the COVID funeral ban.
1
2
3

A two-week ban on funerals and burials has drawn the ire of stakeholders in the industry, with warnings of mayhem as bereaved families rush to bring forward the final rites to beat the deadline. The order was imposed by Prime Minister Andrew...

A two-week ban on funerals and burials has drawn the ire of stakeholders in the industry, with warnings of mayhem as bereaved families rush to bring forward the final rites to beat the deadline.

The order was imposed by Prime Minister Andrew Holness on Sunday to cap a month of woe and alarm, with record rates of coronavirus infection and hospitalisation in February putting the health sector on the brink of collapse.

Burials and funerals have long been viewed as potential superspreaders of the virus, with Jamaica’s first case in March 2020 linked to the final goodbye to the deceased.

But mortuary operators reeling from the gathering restrictions believe that the sudden change will spark a mad rush for ceremonies by next weekend, with a preponderance of funerals and burials triggering the clustering the Government is guarding against.

WATCH: Gov't has little or no regard for funeral industry - Peter Perry

The timeout from March 8-22 will only kick the can down the road, say funeral directors.

Peter Perry, who operates a funeral home under his name, chastised the Government on Sunday for having “little or no regard’ for industry interests, arguing that they were not consulted before the decision was made.

“What we are going to have is chaos when it’s released and before. People have start rushing in to have their loved ones buried before the ban, and I am sure as the ban is lifted, you gonna have more rush, more crowd, and more spread,” he said.

Perry believes that funerals should at least be given the same treatment as weddings, which have been allowed to host up to 25 guests, including the bride and groom.

One customer, said Perry, had flown in from New York on Sunday for the burial of her daughter within the next two weeks.

Her attempt on Monday to request permission from the municipal corporation to bury her daughter on her property on March 7 was doomed.

“Highly unfair! They did not give us any heads-up at all,” he said.

Roman Scott, director of Roman’s Funeral Home, has also been forced to scratch dates on his calendar as at least five families called in Monday morning requesting an earlier funeral date.

With 12 funerals scheduled to be conducted from March 8-22, two prospective cremations have been converted to virtual services and three other families are seeking to beat the deadline.

“We getting calls as the day progresses. It’s been increasing by the hour,” Scott told The Gleaner.

Opposition Spokesperson for Local Government Denise Daley has since appealed to have the notice extended, arguing that one week was too short a time to ban funerals and burials altogether.

Prolonged grieving will have economic consequences for parlour operators, too, with the fallout from operational expenses for overheads like electricity and water with income flows bound to dry up.

That was a concern that emerged at Sunday’s Jamaica House press briefing, where Local Government Minister Desmond McKenzie pledged to have further discussions with operators about storage expenses that will spiral. He was hopeful that funeral homes would waive or heavily discount storage fees for bodies.

Roman’s won’t impose additional charges for storage, but funeral fees might be increased to close the deficit.

Scott offers 60 days of storage in funeral packages, but that period has been halved to 30 days since the advent of the pandemic “in an effort to avoid people prolonging funerals”.

Perry believes that another health crisis could be at Jamaica’s doors.

During a tour of his facilities in Kingston on Monday, he showed bodies with grave signs of decomposition that had recently been received from a government-contracted funeral parlour.

One person who died on February 22 arrived at Perry’s with exposed flesh at various points.

“Sometimes dem strip off, skin gone from all over, hair fall off, especially the post-mortem bodies ... . So, imagine bodies stored for months,” said Perry.

The traditions surrounding mourning have seen a paradigm shift almost a year since the novel coronavirus. Few and far between are wakes teeming with scores of well-wishers. Gone, largely, are the bubbling pots of soup and bee lines of visitors for jerked chicken and rice and peas.

But funerals continue to breach gathering and social-distance rules, with hundreds sighted at some venues.

Director at Garden of Paradise, Mark Maitland, said that although he understands and supports the Government’s decision to ban funerals based on skyrocketing COVID-19 infections, he foresees cemeteries being crowded after the ban is lifted.

He said Meadowrest had imposed a restriction of 15 burials per day but he is unsure if that stipulation will continue to stand.

Maitland said that he would not be transferring additional costs to customers.

Sonia Lewis, director of Lewis Funeral Home, said that it was impossible for some families to fast-track funerals because they were unable to complete payments to meet the weekend deadline.

“Business will decrease by 70 per cent for the period,” Lewis lamented.

Eight months ago, Marvia Simms and her family only had a graveside burial for her sister, who had served faithfully in the church for 25 years.

“We were not able to even open the casket,” she said.

On Monday morning, they were waiting in line outside of Perry’s for their turn to go inside and make a down payment. The family is weighing their options as the funeral scheduled for March 14 has now been postponed.

“We are now waiting to see if there are any changes so that some of our family members can now rearrange or readjust to be part of the funeral,” she said, explaining that some relatives and other mourners will not make it for the new date that is yet to be determined.