Full speed ahead with CXC - June date for first sitting; second paper is back 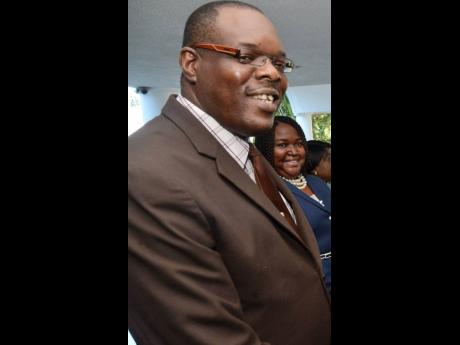 Education ministers across the region have given unanimous approval for the Caribbean Examinations Council (CXC) to conduct its 2021 sitting despite the COVID-19 pandemic, which has shuttered some schools for months.

It was a unanimous decision of the ministers, according to Dr Douglas Slater, assistant secretary general of human and social development of the Caribbean Community (CARICOM) Secretariat, responding to Gleaner queries following a presentation on Monday.

Unlike the last sitting, each candidate will have to sit at least two papers.

The CXC will, however, still conduct its 100 per cent moderation of school-based assessments.

In defending the decision to move ahead with the exams, CXC Registrar Dr Wayne Wesley said the regional body did not want to disenfranchise those who were ready to sit the exam.

But pressed by The Gleaner whether the CXC had independently verified from health ministries that it was safe to administer the exams, the registrar said they relied on national level consultation.

“From that national consultation, the relevant stakeholders would have been consulted, and it is from that perspective recommendations would have made to the Caribbean Examinations Council from the respective territories on their national position.

“So, from that standpoint, I would expect that all relevant stakeholders would have been consulted,” Wesley said.

On Sunday, the Jamaican Government tightened COVID-19 containment measures as the positivity rate among samples continues to soar.

Students from schools approved to conduct face-to-face classes for grades six, 11, 12 or 13 will be allowed to continue in that modality.

President of the Association of Principals and Vice-Principals, Linvern Wright, believes that the CXC has been too inflexible in the pandemic.

“CXC has not really made any adjustment for COVID. ... If CXC had really wanted to really cater to students, one of the things they could do is have rolling exams. So, they could have one in November, one in January, one in April and so on,” Wright told The Gleaner on Monday.

The CXC also disclosed that candidates who have paid for their exams but encounter difficulty could sit the test within one year and SBA grades would be retained for the period.

“In relation to the number of persons registering year on year, there will be a slight reduction, and it is just akin to the reduction in the birth rate right across the region for the period and we have recognised that as a trend,” said Wesley, who is based at the CXC’s headquarters in Barbados.

At last year’s sitting, some complained bitterly about the grades that were returned by CXC.

The complaints prompted a review.

The CXC received 21,450 requests for reviews, and to date, for CSEC, approximatively 92 per cent have been reviewed.

For CAPE, 93 per cent of the requested were reviewed.

Despite the uproar last year over the quality of grades awarded to candidates, only a minuscule number had their grades changed.

This was revealed by Dr Nicole Manning, director of operations at CXC.

In cases where candidates proffered hardship as a mitigating factor, there was an 8.28 per cent positive grade change for CAPE and 9.38 per cent for CSEC.