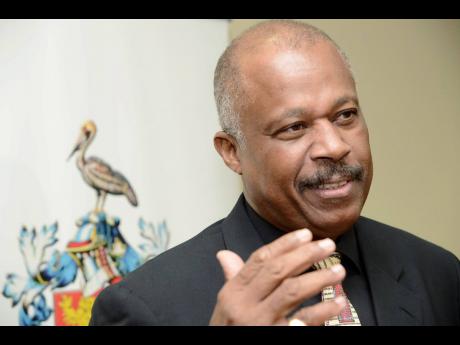 Government debt owing to The University of the West Indies (UWI) has been significantly reduced from US$117 million in July 2014 to US$51 million in November 2020.

And of The UWI’s five campuses across the region, only Mona has relied on debt financing, says Vice-chancellor Professor Sir Hilary Beckles.

“We have concerns about the Mona Campus at the moment because about 60 per cent of the university’s overall debt is Mona based ... . At the moment, the contribution of the Government of Jamaica to Mona’s operation is about 38 per cent,” Beckles pointed out.

The other campuses have recorded contributions of 50 per cent and above.

In a media conference on UWI’s financial future yesterday, Beckles detailed a 10-point plan and proposed a new funding model for the institution.

“I don’t know how that can be done across the region, given that each country has a different policy,” Beckles said, however.

The vice-chancellor explained that the Trinidad and Tobago government has introduced a means test to fund undergraduate studies, while Barbados foots the bill for its students.

Beckles said that the recommendation to double fees for students has generated “tremendous conversation” in the region and admitted that Caribbean governments are grappling with how to educate their people at a reasonable cost, how much they should put forward and how much students should be asked to bear.

“The idea of moving from students paying a maximum of 20 per cent up to 40 per cent, I’m sure the public will say, ‘This is a huge leap’. What would that mean for enrolment? What would it mean for access?” he questioned.

“About 75 percent of our students are from working-class families. The student loans systems have not been as reliable and developed as we would wish, so we have a challenge,” he lamented, adding that the English-speaking Caribbean has the lowest enrolment in higher education in the Western Hemisphere.

Further, Beckles shared that if enrolment is slashed by 20 per cent, UWI could sit comfortably in its budget, but it would only stifle regional development.

Former UWI Mona Principal, Professor Archibald McDonald, told The Gleaner that like the Government, students were also struggling to pay their respective contribution.

“It is really ludicrous now to believe that you double that charge and the students will be able to find it,” McDonald said, adding that if the 60:40 model is implemented, enrolment would decline.

While he lauded the newly proposed funding model for reducing student contribution by five per cent, he said “the rest of it is really just talk”.

McDonald added that The UWI could generate significant income from international students, but to date, it has not taken that avenue seriously.

Also weighing in on the discussion was former permanent secretary in the education ministry, Elaine Foster-Allen, who said Beckles’ 10-point plan is a “fair way forward”.

She told The Gleaner that the proposed funding model sounds good, but it may be challenging for the private sector and the Government.

“It would be foolhardy of the university and the vice-chancellor not to come up with a new funding model because the times require it. In fact, some people might say it’s late in the day because the regional university has been struggling for a little while with the funding arrangements, so kudos to the vice-chancellor. I hope it works,” she said.

Foster-Allen also underscored that the best steps must be taken to ensure that more students secure a tertiary education as students may go elsewhere if offerings are more affordable.

“The competition is on for students across the world,” she pointed out.

From Open to Global Campus

The Southern Strategy:Guyana, Suriname and Colombia

The Northern Strategy:State University of New York (SUNY) and Brock

Taking The UWI to the private capital market