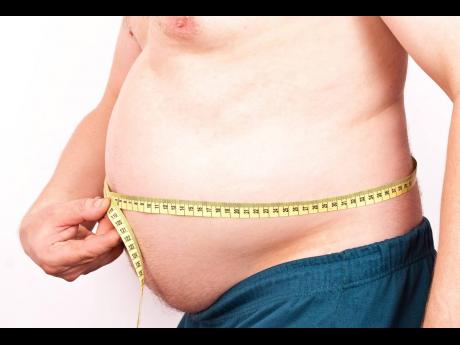 File
Obesity and underlying illnesses will not, of themselves, qualify Jamaicans for preferential access to the COVID-19 vaccine.

Despite calls from the World Obesity Federation for severely overweight people to be among priority groups for the COVID-19 vaccine, the Holness administration has disclosed that front-line healthcare workers will be first in line to get the jab,...

Despite calls from the World Obesity Federation for severely overweight people to be among priority groups for the COVID-19 vaccine, the Holness administration has disclosed that front-line healthcare workers will be first in line to get the jab, followed by others.

The 16,000 doctors, nurses and other health personnel will go ahead of the police and army, as well as persons 60 years and older. Other state workers, including parliamentarians, will round out the first phase in April.

“In practical terms, the front-line medical and health personnel are at the highest risk of exposure and would be vaccinated first before other groups,” the Ministry of Health and Wellness said in a statement issued Thursday evening.

The announcement puts to rest lobbying that obesity and underlying illnesses like hypertension and diabetes validated preferential care, irrespective of age.

The Obesity Federation’s recently released report titled COVID-19 and Obesity: The 2021 Atlas found that 90 per cent, or 2.2 million of the 2.5 million deaths from the pandemic so far, occurred in countries where more than half the population is classified as overweight.

Only old age rates as a higher risk factor.

One in every two Jamaicans, or 54 per cent of the population, is overweight or obese.

Obesity is a gateway to many other non-communicable diseases, and between 2010 and 2017, obesity among children aged 13 to 15 increased by 68 per cent.

But Professor Winston Davidson, head of the School of Public Health and Health Technology at the University of Technology, Jamaica (UTech), said that obesity should not be singled out.

“I would never accept that, and added to that, I haven’t seen a head-to-head research which confirms that, if you’re obese, you’re more likely to succumb to the disease when compared to, diabetes, for example,” Davidson told The Gleaner on Thursday, World Obesity Day.

He said the federation’s recommendation could not be substantiated by scientific evidence.

Davidson also pointed out that, on the surface, patients with chronic obstructive airway disease may be at greater risk than those with obesity, as “it depends on the nature of the obesity, whether it is mild or morbid”.

However, Dr Alverston Bailey, said 65 per cent of Jamaica’s COVID deaths are among people 65 years and older, many of whom had conditions that were possibly caused by obesity.

“At this point in time, they have really targeted primarily the elderly, but there are many persons with comorbidities like hypertension, diabetes, respiratory problems and obesity who are also at risk of dying from the virus unless they are vaccinated,” Bailey, an associate professor at UTech, said.

The associate professor urged the Government to modify the vaccination rollout plan to include these Jamaicans in phase one, regardless of age.

He suggested that the Government tap the National Health Fund’s (NHF) database to generate a list and schedule vaccination.

Bailey added that, though a large percentage of beneficiaries are seniors, it is a starting point for streamlining younger people with comorbidities.

The NHF assists Jamaicans to access medication in both the public and private health sectors, through the provision of the NHF card, the Jamaica Drug for the Elderly Programme (JADEP), and the administration of the Government of Jamaica Health Card.

During a Heart Foundation of Jamaica front-of-package labelling campaign launch on Thursday, PAHO-WHO representative to Jamaica, Bernadette Theodore-Gandi, said that being obese increases the risk of becoming severely ill from COVID-19 by seven times.

For people with diabetes, they are up to three times more likely to have severe symptoms or die, while the odds for severe COVID-19 increase by 2.3 times for people with hypertension.

Being hypertensive increases the risk of mortality from COVID-19 by 3.5 times.

Members of the JCF and JDF, as well as persons 60 years and older.