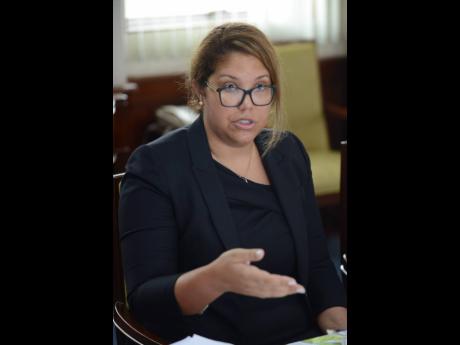 The industry, investment and commerce minister said the ganja train may leave Jamaica behind as the CLA was being held back by the absence of formally approved export regulations.

“There is no question that the CLA has been suboptimal in its performance,” Shaw said during Thursday’s sitting of the Standing Finance Committee when the 2021-22 Estimates of Expenditure were being examined.

Opposition spokesman on industry, competitiveness, and global logistics, Anthony Hylton, had also said that the CLA’s performance was disappointing.

“It is unfortunate that because the CLA has the word ‘cannabis’ in its name, parties feel that it is responsible for every aspect of the cannabis industry. This could not be further from the truth,” said Lightbourne who was chairman for the period 2016 to 2021 until the appointment of LeVaughn Flynn last month.

Since the CLA started its operations in 2016, as at February 2021, some 75 licences have been issued and another 443 applicants are at the ‘Conditional Approval Stage’, primarily due to the well-known banking challenges that still plague the industry both locally and globally.

This, she explained, negatively impacts the ability to obtain investment financing locally or overseas.

The attorney-at-law reasoned that the CLA, by statute, is a regulatory body and it is the ministry’s function to develop the industry.

The permanent secretary of MICAF confirmed this delineation in function before the Public Administration and Appropriations Committee (PAAC) in October 2019, Lightbourne said.

Further, the former chairman said that the preparation of policies was a standard mandate of any functional and effective ministry as they have policy oversight for the agencies within their remit.

She sought to explain that since the CLA falls under Shaw’s ministry, the policies to drive the establishment of the medical marijuana industry should be the responsibility of the ministry and not the CLA.

Lightbourne outlined that within the last three years, the CLA had to divert resources earmarked for its named function, to address matters outside of its remit.

Among those functions were the preparation and drafting of instructions for three policies, namely, the Import/Export Policy, Hemp Policy and the Cultivator’s (Transitional) Special Permit Policy.

“The Import/Export Policy has been used to inform the promulgation of the Cannabis Import/Export Regulations that are now in its final stages and currently under review in the Office of the Attorney General’s Chambers,” she detailed.