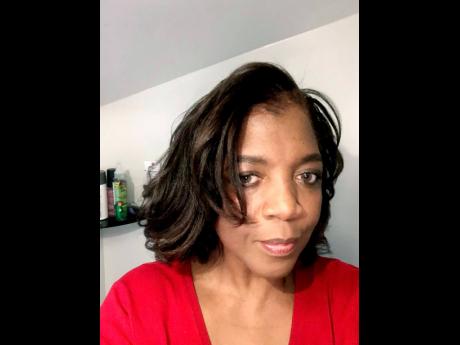 WESTERN BUREAU: When the soles fell off Ruby Robinson’s school shoes, she used wire to hold them together. And when it rained, she walked miles barefooted. Born in Brown’s Town, St Ann, the 55-year-old account director with Google, who has aplastic...

When the soles fell off Ruby Robinson’s school shoes, she used wire to hold them together. And when it rained, she walked miles barefooted.

Born in Brown’s Town, St Ann, the 55-year-old account director with Google, who had aplastic anaemia, was told she had three months to live and graduated from university three years after all her classmates, owing to illness. She credits her mom’s incredible strength as her most cherished inheritance.

The word ‘challenging’ is an understatement, but Robinson uses it just the same to describe living on a farm in St Ann and moving to Chicago, Illinois, later.

“What makes it special is that it dictated the rest of my life and how my life would be. It taught me how to move forward and press ahead,” she told The Gleaner in an exclusive interview.

Her admiration for her mother, who she said seemed too strong sometimes, was evident as she gave a teary-eyed recollection of her journey.

Robinson, who is married to Everton Hardware, the crooner better known as ‘Singing Melody’, has broken glass ceilings, both in the arenas of gender and race.

Reminiscing on the difficulties she encountered after being diagnosed with aplastic anaemia, Robinson, now a mother and grandmother, said that transfusions kept her alive when her white-blood cell production diminished.

“When I was given three months to live, I remember when a priest was called to administer the last rites – I was in a Catholic hospital,” said Robinson, recalling the frantic search for bone marrow transplant donors.

Today, she speaks of God’s goodness and urges others to believe in the power of the supernatural.

Robinson said she prayed earnestly and can never forget the day she declared she would never be sick again. It was November 25, 1987.

“On the day that the mayor of Chicago, Harold Washington, died, I went to the hospital and I said to my oncologist, Dr Thomas Ginn, ‘I am never going to be sick again,’ and he said, ‘What do you mean?’

“I said, ‘I felt last night in praying that I was healed.’ For some people it’s a miracle, for some people, it’s crazy. I felt it literally happen ... ,” Robinson said.

That ‘miraculous’ comeback stirred her to believe in the extraordinary, including rejecting medical verdicts that she could not safely deliver a child, or that she would bleed to death during childbirth.

Today, she is glad she never listened.

The Google account director, who once received her schoolwork while on her hospital bed, went on to carve out a career in technology and sales. She remembers pulling her hair into a bob to blend in with her white counterparts as an account executive at AT&T.

Among her feats was amassing the Walgreens account, as well as dominating the Northshore area of Chicago.

“You’re gonna be judged by the perception. The hair down to here, that is gold and blond and red and pink, that’s fine if you wanna be an artist ... but if you wanna make it in corporate, then there’s a way that we have to present the package,” she advised.

From AT&T, she moved to MCI WorldCom, where she became one of two black global account managers. She has landed posts at other American companies, including Nortel Networks.

But the longing for home – that instinct tugging from her humble beginnings in Friendship, St Ann – was too strong to resist.

Back on Jamaican soil, Robinson scored a tenure at Fijutsu in Kingston as vice-president of business development.

That’s where she decided that every direct member of her team should own their own property by the time she was ready to leave. But she also worked her team to death, she admits.

Ambition has paid off for Robinson, and today, along with her husband, she owns several properties in Jamaica and the United States – and has an eye on expanding her real estate footprint in the Dominican Republic.

When Robinson is not at her Florida home, she might be chilling out at the swanky Villa Mimosa she operates in Discovery Bay, St Ann.

While insisting that concessions have to be made to succeed in America, Robinson said that core principles must never be sacrificed.

“I want our young women to know they don’t need to sleep their way to the top,” she said.