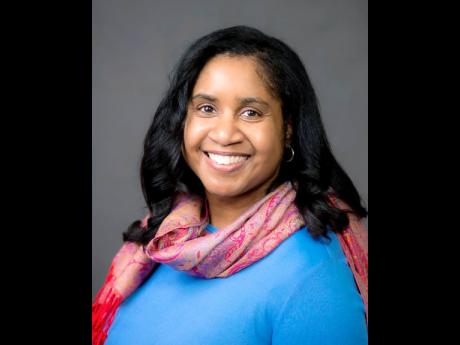 She also assumes the rank of professor in population health, where she holds dual appointment.

Joseph has also been named vice-chair of the newly formed Diversity and Health Equity (DEI) for the Transplant Institute.

Her parents are Jamaicans who migrated to the United States in 1967.

The youngest of three children, Joseph was born at the Spanish Town Hospital in St Catherine.

“My older brother and sister were born in Jamaica and my mother wanted all her children to be born in Jamaica, so she came back to Jamaica to give birth to me,” she told The Gleaner.

Joseph was educated in the United States, graduating from both Harvard and Columbia universities.

She said that as a child of immigrants, education was a central focus. The professor said she has always loved medicine.

“As a child, I was always playing doctor by trying to listen to the heartbeat of her friends,” she said

Joseph said that it was important for healthcare workers to consider the socio-economic factors of patients, including race, and gender.

Her new mandate, she said, was to deliver greater equity among faculty, staff, trainees, and patients at NYU Langone.

Joseph was affected by seeing older African American women not getting the kind of treatment they deserved.

What she witnessed while doing research at Harlem Hospital inspired the desire to combine medicine and public health. That sense of calling heightened as family members, including her mother, battled cancer.

She said that many elderly women have never been screened – a major cause for concern in public health generally.

NYU Langone said that it was with a great sense of pride that the university announced her appointments.

“The vice-chair designation signals the institution’s recognition of the importance of DEI in our culture in order to achieve the highest levels of excellence across our mission areas,” the university said in its statement.

“A diverse workforce at all levels of the organization leads to greater success and innovation.”

Joseph will serve as collaborating faculty within the clinical and community pillars of the institute for excellence in health equity under the leadership of its director.

She is also the new medical director of Kimmel Pavilion Unit 3, one of the university’s busiest and most pivotal areas for patient care.