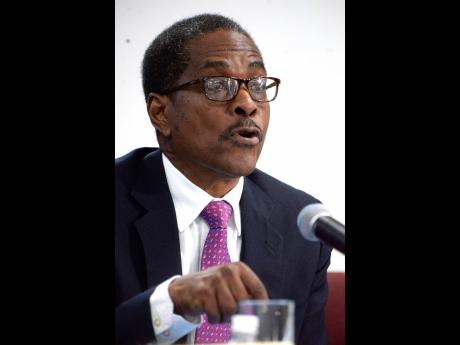 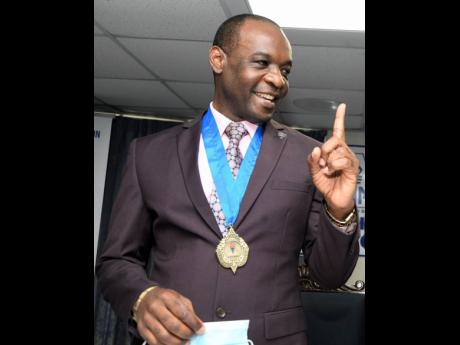 Former president of the Jamaica Court of Appeal, retired Justice Seymour Panton, has accused some of the country’s educators of not doing enough in the fight to mitigate the spread of COVID-19.

Panton, who retired from the Bench in 2016, said that some teachers appeared to have little interest in the resumption of face-to-face classes.

Schools were ordered closed almost a year ago as part of measures to contain the spread of the novel coronavirus after the first case was detected.

Panton charged that he would have expected educators to fully commit to “giving leadership to the society” - offering compelling voices demanding compliance with health and safety protocols.

“I am not getting it. We have had world wars, and the world did not come to a stop,” said Panton, while giving the keynote address at the commissioning ceremony of new justices of the peace in St James on Friday.

“I read stuff in the papers, listen on the radio, and I am getting the impression that there are some educators who would want to close down schools, full stop!”

However, Jasford Gabriel, president of the Jamaica Teachers’ Association, has rubbished the assertions by the former Court of Appeal president.

He denied that the JTA supported the indefinite closure of schools.

“We stand by the position that if the risk-ranking approach, which guided the return of face-to-face instruction in schools, was used to its fulcrum, then as a containment measure, schools should have been closed a month ago when we experienced what is now a sustained alarming spike in positive cases,” Gabriel told The Gleaner.

The risk ranking to which he referred was the vulnerability index created by Dr Parris Lyew-Ayee of the Mona Geoinformatics Institute. The index assessed variables such as transport routes, accessibility to water, and student population density.

Gabriel believes that if face-to-face classes were wholly suspended in February, that would have given policymakers and administrators time to establish whether there was a direct link between the opening of schools and the spike in COVID-19 cases.

Jamaica recorded its highest one-day total in infections on Saturday, with 723 new cases. More than 450 people have died.

“In the absence of data to indicate the extent to which approximately 40,000 students are exposed daily and are impacting the prolonged positivity rate, no one can postulate with any level of confidence that the decision to continue full speed ahead will not have more severe long-term consequences for education,” said Gabriel.

“Research confirmed that 90 per cent of our school-age students are asymptomatic,” Gabriel added. “In fact, one of our very responsible principals insisted on random testing at his school and discovered 21 students testing positive in just two classes.”

The Ministry of Education caved in to pressure from school administrators on February 24 when it announced that only public-school students sitting external exams – that is, those in grades six, 11, 12, and 13 - would be allowed to attend in-person classes. That order was extended to private schools last week.

Gabriel said the multiplier effect of Jamaica’s high positivity rate – which has swirled up to 40 per cent last month – could be significant. He also questioned why the Government has not conducted random coronavirus testing in schools.