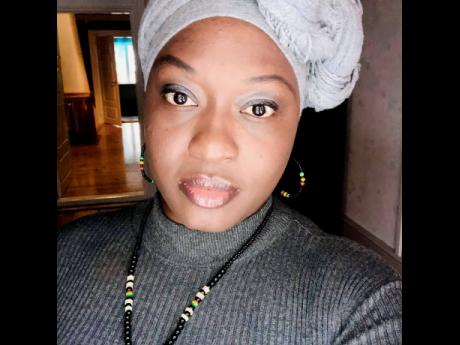 She was a victim at the hands of father figures and a mother who chose to look the other way.

But Shawnafi Dynesen, a native of Bath, St Thomas, has turned a history of pain into a road map of redemption and strength.

The 42-year-old, who now lives in Sweden and owns and operates a global skincare brand, Zyzven Naturals, products made from raw materials from her Jamaican hometown, is on a mission to empower other women who may share a similar story.

Dynesen disclosed that her life changed when she moved from the home of her ailing grandmother in St Thomas to live with a relative in Kingston at the age of 11.

“My mother, though she provided financially, she was emotionally unavailable,” she told The Gleaner.

In Kingston, she lived with her adult cousin and her two children, plus another older cousin. All five of them slept in one room - with a man her mom introduced as her ‘new father’.

“This man, my new ‘father’, would turn up, and the abuse started immediately, such as slapping me on my bottom. On my first visit to his home in Spanish Town, he showed me a spot on his bed and told me it was ‘milk’ from his penis after he did what he was doing with my stepmother,” she said.

Dynesen revealed that she ended up moving in with her abuser - opening new, convenient doors to further predation.

“The worst came on my 13th birthday. When he could not get his way with me, I was beaten to a pulp and locked in a room ... almost dying. I would constantly write letters documenting my abuse to my mother, but she did not believe. In fact, she blamed me for ‘acting like a woman’,” she said.

When her abuser stopped feeding her, Dynesen had to travel from Spanish Town to Seaview Gardens to eat dinner and make it back before night. A cousin eventually called the police, and she went to live with her mother and another stepfather. That, too, was a terrible move, as her mother abandoned her for eight months, during which her stepfather made overtures to sexually assault her.

After completing sixth form, Dynesen left Jamaica for Germany and later migrated to Sweden with her then husband.

Holding dear to her late grandmother’s strong Maroon ancestry and her encouragement to overcome adversity, Dynesen charted a new path to entrepreneurship.

From dating sites to foster care, everything she touched turned gold.

In addition to helping other women to build their own businesses, her company, Zyzven Naturals, provides opportunities for other black women to earn.

“I encourage them to turn their passions into businesses, and if they want to study, I help them to get back into school and work with them to be independent as I believe that the life I had was due to poverty.

“If you take a woman out of poverty, you are also taking her children out,” she said.

Dynesen is also in the process of constructing a shelter for sexually abused girls in Yallahs, St Thomas.