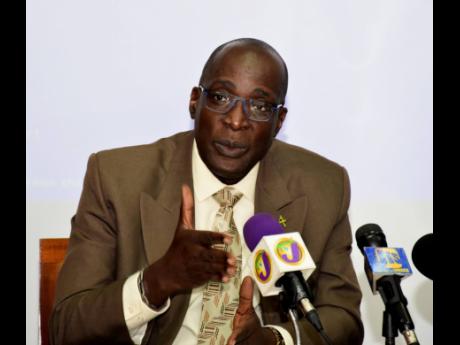 Attorney Richard Small asked the Court of Appeal on Monday to throw out Ruel Reid and Fritz Pinnock’s application for leave to go to the Privy Council and to put an end to their abuse of the court process.

Reid, a former education minister, and Pinnock, president of the Caribbean Maritime University (CMU), are seeking leave to appeal a decision of the Court of Appeal and the Full Court, which had rejected their application to grant leave for a review of the criminal charges against both men. Their motion was filed last April.

The Court of Appeal which had upheld the Full Court’s decision had also indicated that the men had no other remedy but to pursue the criminal charges in the Kingston and St Andrew Parish Court.

Small, who is representing the Financial Investigations Division (FID), averred that the applicants’ decision to now revive their “abandoned” application for leave to go to the Privy Council following an adverse ruling from the Kingston and Andrew Parish Court constituted an abuse of the court’s process.

He further posited that the lawyer for the applicants has been inconsistent and contradictory in his position on the appropriate remedy.

Small, who was also responding to a motion which he had filed in February for the High Court to dismiss the application for leave to the Privy Council, further argued that Pinnock and Reid should have proceeded expeditiously.

“Had the judge ruled in their favour, they would have comfortably gone home with that ruling, but when it’s a ruling against them, they now seek to revive the abandoned application for leave to appeal and to ask this court to set it in motion some 11 months after,” said Small.

Attorney-at-law Hugh Wildman, who is representing the applicants, had signalled in February their decision to resume their application for leave to go to the country’s highest appellate court after Chief Parish Judge Chester Crooks’ rulings that they and their co-accused had a case to answer.

The ruling essentially had dismissed Wildman’s submission that the FID had no authority to arrest and charge them and that their arrest was illegal.

During his submission on Monday, Wildman maintained that the FID did not have the power to arrest and charge the applicants.

The matter will continue on Wednesday with Wildman’s response to Small’s submission.

Reid; his wife Sharen; their daughter Sharelle, along with Pinnock and Brown’s Town division Councillor Kim Brown Lawrence, are facing corruption charges, including conspiracy to defraud, misconduct in a public office at common law, and breaches of the Proceeds of Crime Act.

They were charged in connection with a major fraud and corruption probe by the FID involving transactions at the CMU.