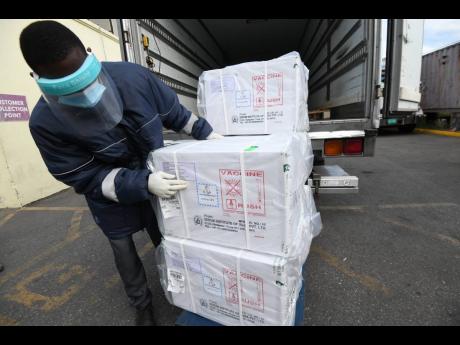 The highly contagious United Kingdom variant of the coronavirus called B.1.1.7 has been confirmed to be spreading in Jamaica.

The development was announced by Health and Wellness Minister Dr Christopher Tufton at a press briefing Monday evening.

Tufton disclosed that seven of eight viable samples sent to the Caribbean Public Health Agency (CARPHA) in Trinidad and Tobago were confirmed to be that of the UK variant of the coronavirus.

The minister said the samples were collected from those who had no prior travel history.

The health minister said the results were received on March 6 although they had been sent to the facility months ago for testing. The long wait has forced the Government to search for options to ramp up testing for the strain.

Tufton stated that the Government is taking steps to establish its own testing facility for the new variants. He said the equipment required to achieve this should cost approximately J$60 million.

Laboratories in Florida are being eyed to help with additional testing for the variant, the minister said.

Chief Medical Officer Dr Jacquiline Bisasor-McKenzie admitted that the strain could be responsibility for the rapid spread of the virus.

“If we now have two strains in the country, there is the possibility that persons can be reinfected with different strains,” she further warned.

The India-made AstraZeneca vaccine, some of which arrived in the island Monday, is reportedly effective against the UK variant.