As woman dies in fire, mom clings to faith 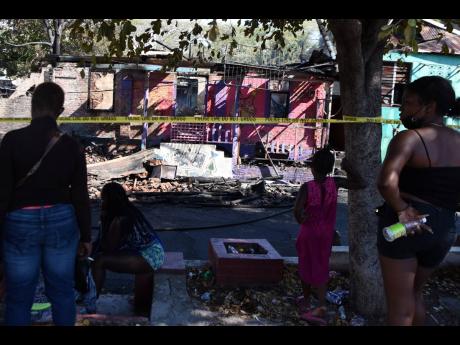 Kenyon Hemans/Photographer
Residents observe a razed building on Beeston Street in Kingston on Monday. Latoya Whyte, 37, was found dead in the blaze. 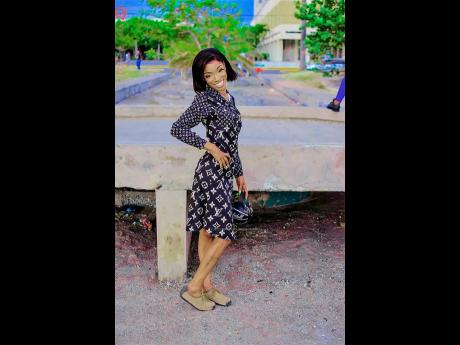 From a sidewalk with head in hands on Monday, Marcia Hall sat staring at smoke rising from the debris as she pondered how to regain $30,000 in tuition fees she had saved for her daughter, Alitia ‘Hope’ Williams. There was no time to think where...

From a sidewalk with head in hands on Monday, Marcia Hall sat staring at smoke rising from the debris as she pondered how to regain $30,000 in tuition fees she had saved for her daughter, Alitia ‘Hope’ Williams.

There was no time to think where she or her only child would sleep, get clothing, or be fed.

Hall was only concerned about how her daughter’s undergraduate studies would be interrupted.

The scene was a fatal arson attack on 37-year-old Latoya Whyte, two days after her birthday, at premises on Beeston Street in downtown Kingston.

Hall had scraped together as much money as she could to whittle away the tuition debt at The University of the West Indies, Mona.

Her 21-year-old daughter even assisted in getting her out of the house and sustained injuries to her arm during the process.

Hall said she heard some rumbling after 3 a.m. but was unaware how Whyte, another resident, met her demise.

A handbag across the shoulder was the only thing Hall saved for herself – and hope.

Her daughter, Williams, is reading for a degree in tourism management.

Williams, smarting from pain, recounted how she had to smash a window on the top floor to escape.

The final-year student, a Wolmer’s Girls’ alumna, is determined to complete her studies.

Hall said the inferno has left her with no choice but to hit the reset button. Education, she said, was her daughter’s only way out of poverty.

“I don’t want her to get complacent; I want to get her out of the ghetto,” Hall told The Gleaner. “She have potential ... . As a single mother, mi just haffi pick up the pieces but there is no pieces to pick up.”

Thirteen rooms, a shop, and a bar were gutted in the blaze. Approximately 30 people have been left homeless.

Some residents say they heard screams for help but could not render any assistance.

Whyte’s cousin, who spoke to The Gleaner on condition of anonymity, said the mother of three did not deserve the tragic death on Monday, International Women’s Day.

She said she last saw Whyte about 9:30 p.m. on Sunday after dropping her off at the location.

Whyte is believed to have been beaten by her partner and cried out for “murder”. But deliverance did not come.

The dead woman was a vendor who plied her trade in Parade, downtown Kingston.

“Saturday was her birthday, I even saw her last night (Sunday). I was in the car that dropped her off at her gate minutes after 9,” a relative said.

“... She never seemed sad or nothing like she in danger, so we didn’t suspect anything and she never talk about what she and him have. She never mentioned any conflict.”

Up to press time, the police said the prime suspect was still at large.