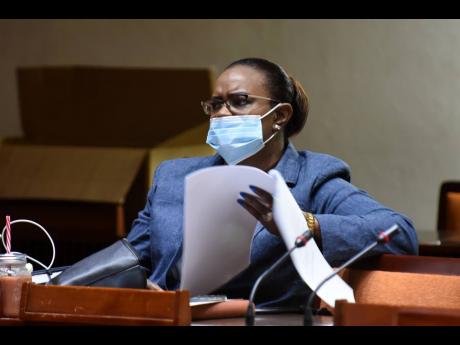 Kenyon Hemans/Photographer
Councillor for the Papine division, Venesha Phillips, looks on quizzically during Tuesday’s meeting of the KSAMC. 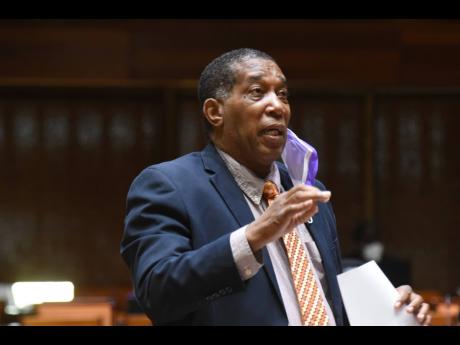 Kenyon Hemans/Photographer
Councillor for the Brandon Hill division, Gareth Walker, addressing the monthly sitting of the Kingston and St Andrew Municipal Corporation at the Jamaica Conference Centre on Tuesday.
1
2

The Kingston and St Andrew Municipal Corporation (KSAMC) is in support of a resolution to limit the time frame on requests for past statutory declarations.

The resolution was passed by the St Mary Municipal Corporation at its recent sitting of the council on January 14, and circulated to the Ministry of Local Government and Rural Development and other municipal bodies for support.

To promote and enhance standards of ethical conduct for public officials, the Integrity Commission Act, 2017, uses the presentation and review of Statutory Declarations of Assets and Liabilities as a vehicle to investigate and assess possible acts of corruption.

The St Mary councillors want the prescribed period for which enquiries or requests can be made for past declarations and supporting documents to be limited to three years.

In addition, they asserted that while the Corruption (Prevention) Act and its subsidiary regulations require a declaration for the preceding year, it does not include a time frame on how far in the past the commission can request a public servant to submit declarations and documents.

“Public servants have been requested in recent times to present declarations upwards of 12 years in the past. It is egregious to request persons to compile forms and source information that far back, as most of these records, if not kept, have been destroyed or cannot be located,” read a section of the resolution.

Further, there are instances when the documents can no longer be sourced from entities because their records are not kept for those long periods.

During Tuesday’s monthly sitting of the KSAMC, Mayor Delroy Williams sympathised that the annual preparation of statutory declarations was a tedious task for many.

“I can understand the thinking behind it ... I believe it’s something that the Parliament could consider and deliberate on,” Williams said.

The ceremony has been a major fixture on Kingston’s annual calendar of events and was funded by the KSAMC and corporate sponsors. McLaren said the cost of staging the event did not exceed KSAMC’s budgeted allocation.

A breakdown of total expenditure and independent contributions will be provided at the next sitting of the finance committee, including evidence of cheques received and commitment letters from sponsors.

Just over $1.1 million was spent on decorations, while $4.4 million was paid out for media, entertainment, and production.

“All contracted services fell below the procurement threshold, most of which were small contracts ranging between $30,000 and $600,000,” McLaren said.

The KSAMC used the method of direct contracting and McLaren said proper procurement protocols were followed.