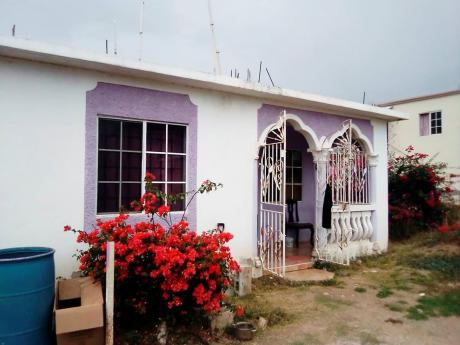 Photo by Ruddy Mathison
The Greater Portmore home where 52-year-old Dalbert Edwards was stabbed on Monday night, allegedly by his 21-year-old son. 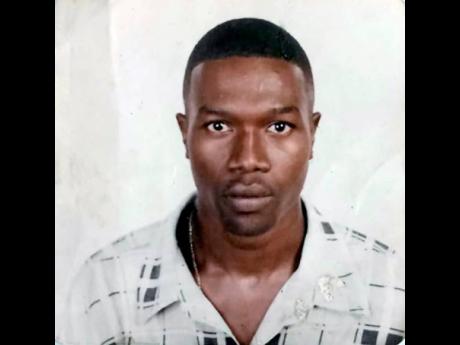 The slaying of a 52-year-old disabled man, allegedly by his 21-year-old son, in Greater Portmore, St Catherine, has left a family in turmoil.

Residents are equally shocked about the tragedy, which unfolded at about 8:50 p.m. on Monday, claiming the life of Dalbert Edwards.

Edwards had previously suffered a stroke, which left him disabled and needing assistance to move about.

According to neighbours, Edwards was at home with his son, who came to live with him about a month ago, on Monday night, when the unthinkable transpired.

“I had just started to sleep when I heard, ‘Murder! Murder!’, coming from his apartment,” Edwards’ tenant, who lives in a section of the house, told The Gleaner. “I got up, came on the porch and knocked on the front door. I tried it, but it was locked. I called three times and asked what was going on inside.”

Rundia Holness, who lived across the street from the Edwards, said she was alerted by a fellow neighbour, saying that someone was screaming for help.

“I got up and looked out and saw my neighbour going over to Dalbert’s house and I joined her, but the door was locked so she kicked it open,” Holness told The Gleaner. “It is so sad to see this man we all come to know as Uncle Lance stabbed up like that.”

Holness said that the police were called and the disabled man, who was discovered lying on the kitchen floor in a poor of blood, was transported to the Spanish Town Hospital, where he reportedly succumbed to multiple stab wounds early Tuesday morning.

The deceased man’s sister, Marvette Edwards, told The Gleaner that previous events had caused her to express concern for Edwards’ safety and that she had even asked him to move out of the home, but he refused.

She described him as a wonderful, loving soul who did not deserve such a brutal death.

Edwards’ son has been taken into police custody and was yet to be formally charged up to late yesterday evening.

Murders in the St Catherine South Police Division have been trending on a similar trajectory compared to last year. Twenty-two homicides have been recorded between January 1 and March 10 this year, one less than for the corresponding period in 2020.