‘I would have been history by now’

Colorectal cancer survivor out of the Woods 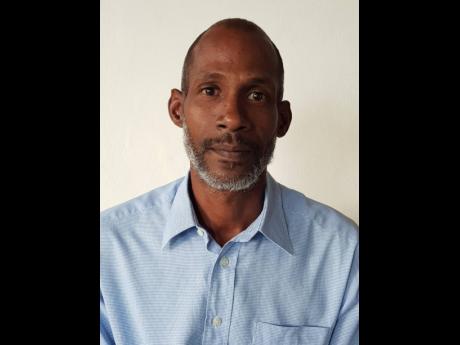 After experiencing prolonged flulike symptoms, Michael Woods took the plunge and went to his family doctor to get checked out.

The last thing the now 58-year-old photographer expected to hear, after several assessments, was that he had colorectal cancer, although his father had been diagnosed with the same condition and eventually died in 2004.

“I really wasn’t a doctor person because I was never ever sick. I was a healthy person, and I really don’t like doctors of such,” he said.

Woods was told by his oncologist that it had likely taken 10-20 years for the cancer to progress to Stage Four. He was being slowly poisoned as a tumour blocked two-thirds of his rectum, causing very little stool to pass through.

Colorectal cancer, sometimes called colon cancer, begins in the large intestine or the colon. It usually starts as a small, non-cancerous clump of cells called polyps that form on the inside of the colon. The polyps becomes colon cancer over time.

The photographer was diagnosed in August 2015, and within a year, completed chemotherapy and radiation. He also underwent surgery.

Fortunately for him, the cancer was in the back of his rectum. But he had a crack medical team that included gastro-enterologist, Dr Mike Mills, and surgical oncologist Dr Patrick Roberts.

“My surgeon said to me, ‘If you pick a place to get cancer, that is the ideal spot,’ because had it been to the front of the rectum, it would have gone into the prostate and I would have been history by now,” Woods said.

Now, Woods is encouraging Jamaicans to have regular checkups to increase the chances of early diagnosis. This is a message that director of disease prevention and control at the Ministry of Health and Wellness, Dr Nicola Skyers, has been preaching, as the country’s top four cancers can be detected early and are, therefore, preventable.

“Persons are really presenting when they are symptomatic. We don’t have a wellness culture where we go and screen for things, so unfortunately, we do have late presentation,” she lamented.

People who are at average risk usually start screening at age 45 with a stool test. The test is available in the public sector, Skyers said.

There are no symptoms in the early phase of colorectal cancer. As the cancer worsens, persons can experience a change in bowel habits, rectal bleeding or blood in the stool, persistent stomach pain or discomfort, bloating, cramps, weakness or fatigue, unexplained weight loss, and incomplete bowel movement.

A family history of colorectal cancer places individuals at risk. So, too, does inflammatory intestinal conditions such as Crohn’s disease, a sedentary lifestyle, smoking, and a low-fibre, high-fat diet.

March is Colorectal Cancer Awareness Month. In 2018, this form of cancer accounted for just under 1,000, or 13 per cent, of the new cancer cases that were diagnosed in Jamaica.

Colorectal cancer is the second leading cause of cancer deaths among women and third among men, Skyers said.