‘No one wants to bury loved ones like a dog’ 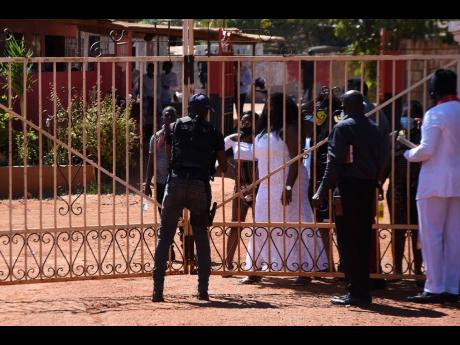 Hours after indicating it was softening its stance on an absolute ban on burials, the Holness administration has received flak for reinstituting interments under ultra-restrictive rules.

The new order, aimed at curbing the risk of coronavirus spread, allows only clergy to attend burials. Family will be prohibited from overseeing the last rites.

Lorenzo Godfrey, director of Godfrey’s Funeral Home in May Pen, Clarendon, disagrees with the new protocols.

Minister of Local Government and Rural Development Desmond McKenzie announced on Sunday that a two-week freeze on funerals, dating back to March 8, would be relaxed to allow for “the disposal of human remains in specially prescribed circumstances”.

The Government was criticised by funeral home operators for imposing the ban without prior consultation and walked back some of those measures in the face of mounting opposition.

In a press statement issued on Sunday, McKenzie said that burials and cremations would be allowed for bodies in an advanced state of decomposition or which have been recommended for immediate interment by health officials.

Burial or cremation will also be approved for indigent persons who die in state care.

Approval has been given to allow families to obtain death certificates for submission to the Registrar General’s Department to facilitate preparations for burials once the ban is lifted.

“What this means is that effective Monday, March 15, the Registrar General’s Department will issue burial orders after receiving death certificates so that families and funeral homes can make all the necessary arrangements for the final send-off of the deceased once the ban on burials is lifted,” McKenzie said.

Godfrey argues that funerals and burials should never have been banned in the first place.

“Bodies have to bury, and bodies are like a cycle ‘cause you bury 10 this week and next week you pick up 15, so bodies will just be piling up,” he said.

Godfrey has suggested that more police personnel be enlisted in the monitoring of funerals and burials.

Since the first COVID-19 case was detected in Jamaica in March 2020, funerals have been viewed as potential superspreader events for the virus.