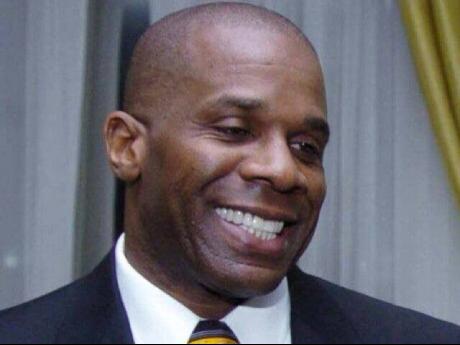 As the Government earmarks the single-largest spend in any one fiscal year on infrastructure projects, Jamaica’s single anti-corruption body says it will utilise a special mechanism in the Integrity Commission Act to table in Parliament an interim special report on its heightened contract-monitoring initiatives and operations during the COVID-19 pandemic.

Last Tuesday, Finance and the Public Service Minister Dr Nigel Clarke announced that the Government will roll out a $60-billion Social Economic Recovery and Vaccine Programme, known as SERVE Jamaica. As part of this exercise, $31.1 billion is to be spent on infrastructure programmes.

Greg Christie, the executive director of the Integrity Commission, in response to questions posed by The Gleaner, said that Section 36 (3) of the act provides that “the commission may, at any time, submit a report relating to any particular matter which, in the opinion of the commission, requires the special attention of Parliament”.

He noted that the commission continues to be challenged by the provisions of the Integrity Commission Act in its ability to freely make public disclosures about its work.

Last year, the commission served notice on several departments and agencies that it would comprehensively monitor government expenditure and contract awarded in response to the COVID-19 pandemic.

The commission’s letter, dated June 2, 2020, was sent to all permanent secretaries and principal accounting officers. The missive was copied to Clarke, Prime Minister Andrew Holness, and Health and Wellness Minister Dr Christopher Tufton.

The commission had said that it was aware that numerous government entities had expended funds and awarded a wide variety of contracts, and would continue to do so in the foreseeable future.

Additionally, the commission noted that it was aware that several donations and grants, totalling millions of dollars, have reportedly been received by public bodies and officials from private-sector entities, individuals and non-governmental organisations.

It said that against this background, and in keeping with the statutory mandates of the Integrity Commission, alongside international best practices, the anti-corruption body’s monitoring programme would therefore seek to ensure that there was accountability and independent oversight in the Government’s COVID-19 expenditure response and contract awards, as well as in the decision-making processes that were associated with same.

Christie told The Gleaner that the commission requested exemption from the Disaster Risk Management Act so that its officers and employees could continue their critical anti-corruption duties unimpeded. The exemption was granted by the prime minister.