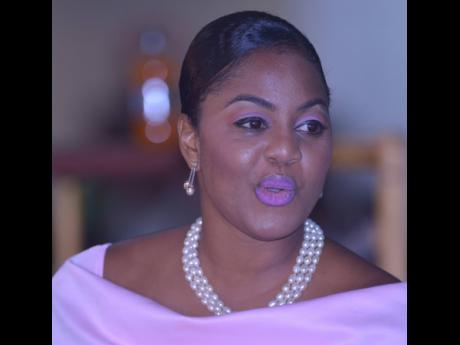 Jamaica Labour Party Councillor Kari Douglas, who is accused of hitting a police corporal and obstructing him in the execution of his duty, is to return to the Kingston and St Andrew Parish Court on May 20.

The 37-year-old politician, who represents the Trafalgar division in St Andrew South Eastern, allegedly hit the lawman at the back of the neck, causing pain while he was in the process of making an arrest.

The man the cop was initially detaining had allegedly breached the national 8 p.m. curfew on February 26 in the Swallowfield community of St Andrew.

Douglas was charged with obstructing the police and assault.

However, when Douglas appeared in court before Chief Parish Judge Chester Crooks, she pleaded not guilty through attorney-at-law Samoi Campbell, who was standing in for Peter Champagnie, QC.

Following her not-guilty plea, the prosecutor informed the judge that the case file had not been completed and a mention date was scheduled.

Allegations are that about 9:30 p.m. on February 26, police were on patrol when, on reaching Bob Allen Drive, they saw a man standing on the road.

A police constable then held on to the alleged offender, who reportedly punched the policeman and resisted arrest.

It is further reported that a crowd intervened and pushed the corporal who went to aid his colleague while pulling the alleged offender away.

Douglas reportedly intervened and told the corporal to release the offender because he was mentally ill. She allegedly pointed her fingers in his face.

It is further reported that Douglas positioned herself at rear door of the service vehicle, preventing the constable from placing the alleged offender in the vehicle.

After the policemen had eventually placed the man inside the service vehicle, Douglas reportedly went inside her car and used it to block the cop car’s path.

It is alleged that she then exited her car and stood in front of the vehicle. She was reportedly repeatedly ordered by the corporal to move her car but disobeyed.

While the officer was attending to Douglas, the offender was reportedly pulled from the car and tried to escape but was chased and held by the two policemen.

Following that, Douglas allegedly approached the corporal and shouted, “Leggo the man and guh look fi criminal,” before hitting him.

The police, after advising Douglas that she would be charged, called for backup, but it is reported that Douglas drove off when other police arrived.

The accused is said to have apologised when she turned up at the Stadium Police Station.