Too many slipping through welfare cracks – CAPRI 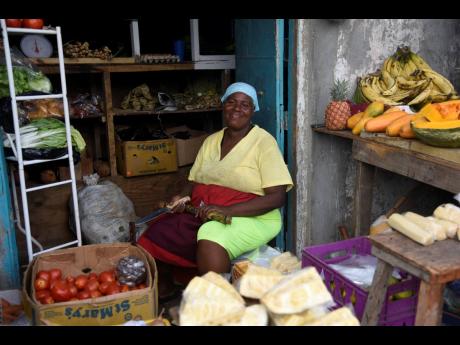 In sweeping criticism of Jamaica’s welfare programmes as ineffective, a leading think tank has lobbied for the implementation of a comprehensive national health insurance plan and an inclusive pension scheme.

The Caribbean Policy Research Institute (CAPRI) has called for the removal of the conditionalities from the Programme of Advancement Through Health and Education (PATH) and has pressed for the passage of the National Assistance Bill to replace the Poor Relief Act (1886). The absence of overarching legislation for social protection has been blamed for an uncoordinated approach to poverty reduction.

These are among nine recommendations made by CAPRI in its Come Mek Wi Hol’ Yuh Han’: The Components of an Effective Social Safety Net for Jamaica report, which is co-funded by the European Union.

The package costs between $40 billion and $50 billion, and CAPRI proposed that half the budget be funded from the National Health Fund and the National Housing Trust.

The remainder is to be funded by the fiscal dividend to be earned from instituting policies that foster inclusive growth coupled with the eradication of tax exemptions on basic consumption items.

CAPRI lead researcher Monique Graham shared that the National Health Fund (NHF) is ineffective as a social protection policy as 90 per cent of beneficiaries are not below the poverty line.

Marva Mills, a fruit and vegetable vendor, was recently diagnosed with hypertension and diabetes.

“When I go to the pharmacy, if I have the money, I fill the prescription. If I don’t, I buy half of it and buy the other half a next time,” the 45-year-old said, adding that she visits a private doctor.

Mills does not own an NHF card, which helps beneficiaries to pay for a select list of prescription drugs for the treatment of 17 chronic illnesses, and for which there is no age restriction.

Only 48 per cent of Jamaicans with chronic illnesses benefit from the NHF.

“I wouldn’t apply for a card cause I don’t like handouts. I’m a woman that works, and once I can work, I finance myself,” Mills told The Gleaner.

Dermott Haughton does not suffer from any of the 17 illnesses covered by the card but said he would not hesitate to apply if it becomes an eventuality.

“My only problem is my sinus. I did my prostate test two weeks ago, and everything is good,” the 59-year-old said.

Samuel and Lurline Brown, a couple living in Grants Pen, both have hypertension but finance their healthcare by different means.

Samuel, a 77-year-old retiree, acquired a Guardian Life health card while working as an electrician at a factory.

On the other hand, Lurline, 66, has been using her NHF card to subsidise the cost of her medication.

“My doctor recommended that I get the card. It really helps me out with the pressure tablet,” she said.

CAPRI is recommending that the national health insurance plan, such as the one designed and drafted by the Ministry of Health and Wellness, be implemented.

“Medical expenses are the surest way for vulnerable households to fall into poverty and are the most difficult for an individual to mitigate against, a problem which universal, state-sponsored health insurance can alleviate,” a section of the report read.

One in eight of Jamaica’s neediest elderly is covered by PATH under a social pension.

“Only a third of the poorest 40 per cent receive an NIS pension. Given that Jamaica has an ageing population, it is very worrying that PATH and NIS seem to miss a large portion of its target,” Graham explained.

CAPRI contends that a universal pension and removal of the means-test criteria under the PATH social pension will result in a stronger pension architecture, comprising both a universal and contributory pension, the National Insurance Scheme.

Further, it suggested that monetary incentives be offered to persons to enrol in the contributory pension while still being eligible for the universal pension.

A social pension scheme, recently approved by the Government, will be implemented in the second quarter of the 2021-22 fiscal year. It will provide $3,400 per month to each beneficiary.

Another area of reform discussed by CAPRI was PATH, which is a targeted conditional cash-transfer programme designed to protect Jamaica’s poorest and most vulnerable.

Graham said two-thirds of the 328,482 PATH beneficiaries fall into the two poorest quintiles, and it was necessary for the payouts to increase if the programme is to have a stronger impact on alleviating poverty.

She said it is also important for conditionalities to be removed as non-compliance results in a lower payout.

Beneficiaries receive $4,100 bimonthly, and this is reduced to $1,600 as a penalty for not meeting the requirements.

“Where poor households such as these depend on a steady income to ensure food security, among other basic needs, such a large reduction can be deleterious,” said the lead researcher.

Chief technical director in the Ministry of Labour and Social Security, Audrey Deer-William, said the PATH conditionalities are currently being reviewed and a tracer study is being conducted to determine what impact the programme has had on beneficiaries.