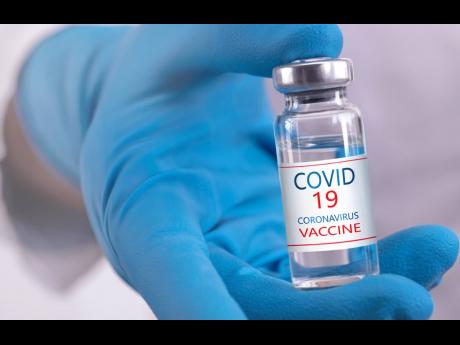 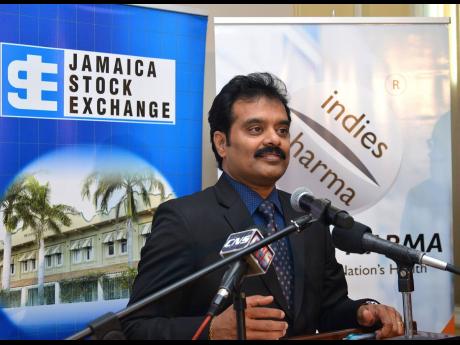 Montego Bay-based Bioprist Pharmaceuticals, a company led by medical doctor and entrepreneur Dr Guna Muppuri, has signed a deal for the exclusive importation and distribution in Jamaica of the India-made COVID-19 vaccine Covaxin. Made by Indian...

Montego Bay-based Bioprist Pharmaceuticals, a company led by medical doctor and entrepreneur Dr Guna Muppuri, has signed a deal for the exclusive importation and distribution in Jamaica of the India-made COVID-19 vaccine Covaxin.

Made by Indian vaccine manufacturer Bharat Biotech, Covaxin is yet to be approved for emergency use authorisation by the World Health Organization (WHO), a point being noted by the Jamaican authorities, which have also, so far, withheld the green light for the use of the product in the island.

Muppuri, who holds both Jamaican and Indian nationalities, told The Sunday Gleaner that the agreement was signed on Friday, March 19, after a series of discussions with the Indian manufacturer. The management of Bioprist and Bharat Biotech are said to be now in talks with the Jamaican Government and state drug procurement company, the National Health Fund, in hopes of paving the way for eventual approval of the drug by Jamaica.

The Government has so far held fast to its position of maintaining a rigorous regime for COVID-19 drug approval, involving inclusion in the WHO emergency use listing or authorisation by the US Food and Drug Administration, Health Canada, or the European Medicines Agency. This, however, has not stopped the Government from engaging in talks with various countries, including India, Cuba and China, as it seeks to identify sources of enough vaccines – about 3.5 million doses in all – needed to meet its goal of inoculating 65 per cent of the population by next year.

Jamaica has committed to vaccinating 16 per cent of the population in phase one of its inoculation plan and should be receiving a total of just under one million doses of vaccines through the Vaccines Global Access (COVAX) facility of the WHO. Another 1.8 million doses are said to have been sourced through the Africa Medical Supplies Platform, a vehicle set up by the African Union (AU) to purchase COVID-19 equipment and drugs for the continent, an arrangement into which the AU has invited Caribbean Community countries.

Officials of Bioprist and Bharat Biotech have expressed confidence that Covaxin will receive WHO approval once the global health body has reviewed data from the drug’s recently concluded phase-three trial involving nearly 26,000 people and showing an efficacy rate of 81 per cent and kits suitability for persons between the ages of 12 and 85 years.

A commitment for delivery of 100,000 doses of the life-saving vaccine by April has been made to Jamaica by the Indian vaccine maker, according to Muppuri. However, he points out that the longer the country delays in approving and/or placing an order, the more difficult it will be for the manufacturer to meet the timeline of the commitment, given the increasing number of countries placing orders.

Bharat Biotech is said to be aiming to produce 700 million doses of Covaxin out of its four facilities in two cities in India by the end of this year. Last month, it disclosed that it had a stockpile of 20 million doses. At that time, more than 21 countries were said to have already registered to purchase supplies of Covaxin.

Bharat Biotech, a 24-year-old vaccine maker with a portfolio of 16 vaccines and having drug export arrangements with 123 countries, is not currently a manufacturer of drugs for Bioprist.

Muppuri told The Sunday Gleaner that the decision to pursue a distribution arrangement for the vaccine is less a business decision and arose more so out of desire to see the vaccine, now that it has cleared phase-three trial, widely available for saving lives in Jamaica and helping to get the economy back on track. He expressed the view that even with widespread and successful inoculation in the country’s major tourism markets of the USA, Canada and Europe, Jamaica will not return to pride of place as a preferred destination unless potential visitors are satisfied that a significant number of tourism workers here – and other professionals who interact with visitors – are fully vaccinated.

The businessman, who also operates in the business process outsourcing sector as well as property development, says he was prevailed upon by colleagues in the private sector and medical profession, as well as his wife, who is his business partner, to utilise his close family connections with the management of Bharat Biotech to secure a reliable vaccine supply arrangement for Jamaica. He has praised Bharat Biotech Chairman and Managing Director Dr Krishna Ella and joint Managing Director Suchitra Ella for what he describes as their readiness to place Jamaica in a prominent position in the procurement line-up.

“They regard Jamaica as family and in this regard, the arrangement between Bioprist Pharmaceutical and Bharat Biotech is on the basis of a Hindi saying, which translates in English as ‘I am here for you’,” Muppuri said.

While not disclosing details of the financial arrangement, Muppuri says his company stands to earn “a small handling fee” from the manufacturer for putting in place the logistics arrangements to get the vaccines from the factory to the final purchasers in Jamaica, once a commercial supply arrangement has been finalised.

The businessman says the distribution arrangement has been sealed at a freight on board (FOB) cost to the Jamaican Government of US$16 per dose. He acknowledged that once the primary stage of the Government-led vaccination programme is completed, and pending continued authorisation for use by the health authorities, the vaccine could be available to private medical practitioners at a cost yet to be determined.

The Moderna vaccine developed in the USA sells for about US$32 per dose. Pfizer’s price to the US government for its vaccine was disclosed at US$20.

With a US$1.2 billion agreement with the US government to supply up to 300 million doses, AstraZeneca has disclosed that the cost to the US is US$4 per dose, and that the cost to the WHO facility would have been around US$3 per dose. The coordinators of the facility have not publicly confirmed the US$3 price, but countries have been purchasing the vaccine under the COVAX arrangement at different prices significantly above US$3.

Health Minister Dr Christopher Tufton told Parliament in January that the Government was accessing the vaccine through COVAX at a dosage price of US$10.55, reduced from the going average price of US$35. This price, he said, was negotiated for 16 per cent of the population and represents phase one of Jamaica’s vaccination roll-out plan.