Convicted G-City gangster to be sentenced for murder today 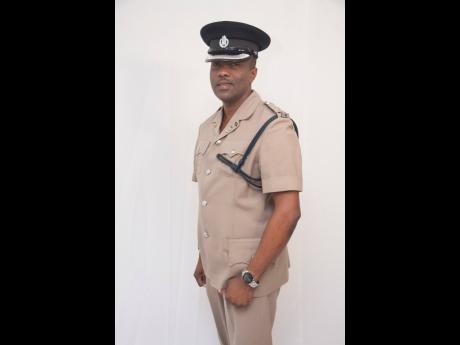 WESTERN BUREAU: A high-profile St James gangster who was recently convicted of murder is to be sentenced in the St James Circuit Court today. Omar Troy Johnson, 24, of Buck Toe Lane in Salt Spring, is a reputed top-tier member of the G-City gang....

A high-profile St James gangster who was recently convicted of murder is to be sentenced in the St James Circuit Court today.

Omar Troy Johnson, 24, of Buck Toe Lane in Salt Spring, is a reputed top-tier member of the G-City gang. He was convicted on Wednesday, March 10 for the shooting death of Syble Malcolm at her Cornwall Courts home on February 15, 2020.

“DNA was taken from his bloody clothes and also a forensic swabbing for gunpowder residue was carried out by the Scene of Crime Unit,” said St James police commander, Superintendent Vernon Ellis.

“Blood samples and latent prints were taken from the location of the murder.”

Ellis said that the Johnson decided to cooperate and admitted to the gruesome murder, which traumatised residents of Cornwall Court.

“The scientific evidence and the shrewdness of the detectives left him no other choice but to become a proactive cooperator,” said Ellis.

At approximately 2:45 a.m., Malcolm and her grandchildren were at home when the accused, who was armed with a handgun, broke through a rear section of the building. He tried to enter the section of the house where the family was but it was securely locked.

Johnson used a length of steel to smash the glass on a door and began climbing through. It was then that Malcolm challenged him. ‘

During the tussle, the gun went off, and hitting Johnson in his arm.

Johnson overpowered Malcolm and shot her in her head from close range. She was rushed to the Cornwall Regional Hospital, where she succumbed to her injuries.

Ellis believes that DNA will increasingly become important in the fight against crime.

“We believe science is going to play a big role in bringing down some of these gangsters, who can now be placed at crime scenes by DNA evidence,” he said.