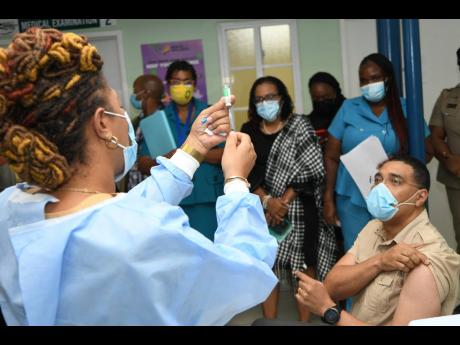 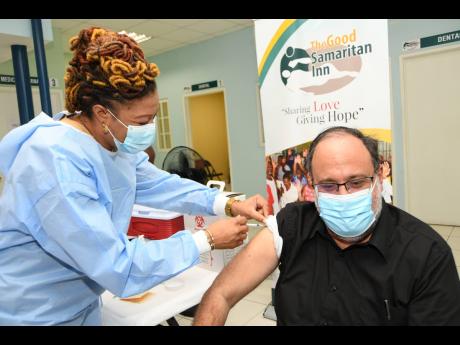 Prime Minister Andrew Holness used the occasion of his COVID-19 inoculation at the Good Samaritan Inn on Monday to reiterate his support for the National Identification System (NIDS), insisting that the registration process would have been much smoother if it had been operational.

After going through registration, which involves filling out a two-page document, the prime minister lamented that it was “a whole heap a documentation”.

“We have to find a way to digitise that process,” he quipped.

The Holness administration has hailed NIDS as a game-changing archive of Jamaicans’ data that will speed up commerce and give the Government a sweeping view of the island’s demographic profile.

But privacy lobbyists have chafed at the initial attempt to make enlistment mandatory with the threat of legal penalties.

“If we had the NIDS, then all that would happen is you come in, you just show your card and all the data captured would then go into the vaccination database and it would take at least two, three, four minutes off the processing time,” Holness said on Monday.

“Three or four minutes off the processing time means that you could have a throughput maybe 20 per cent higher that what it is now.”

The law undergirding NIDS – the National Identification and Registration Act – was ruled null and void in 2019 by the court in a constitutional challenge mounted by Julian Robinson, the then People’s National Party general secretary.

New NIDS legislation, shorn of mandatory enrolment, is being reviewed by a joint select committee of Parliament.

Holness urged Jamaicans on Monday to get vaccinated in an orderly manner. The first week was affected by snafus like unscheduled persons skipping the line.

The prime minister said at a Jamaica House press briefing on Sunday that 94 breaches had been identified.

“I want to assure all Jamaicans that the Government is putting in all the effort necessary to ensure that we have a steady stream of vaccines and the vaccination process can go on without being broken at any point in time,” Holness said on Monday.

Meanwhile, Opposition Leader Mark Golding, who had completed the vaccination process by 1:07 p.m., ahead of the Holnesses, was caught unaware by the ease of the operation.

“You finish?” he enquired of public health nurse Fiona Ellis, who answered in the affirmative.

While complimenting the competence and professionalism of the healthcare staff, Golding said that he stepped up to the plate for the jab to help inject confidence in the inoculation drive.