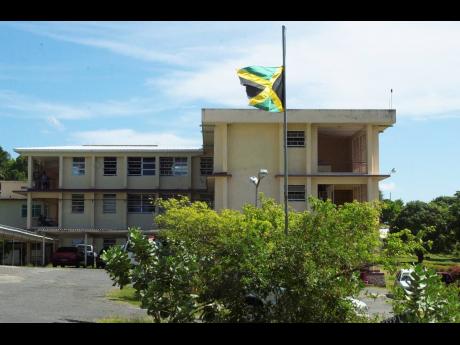 They needlessly occupy in-demand hospital beds and at times add to the din of pleas being shouted at healthcare workers by those in distress in the crowded Accident and Emergency units. Now, they are adding to Jamaica’s COVID-19 numbers, even...

They needlessly occupy in-demand hospital beds and at times add to the din of pleas being shouted at healthcare workers by those in distress in the crowded Accident and Emergency units.

Now, they are adding to Jamaica’s COVID-19 numbers, even though for years, most have made no contact with anyone outside of health workers and a rising number of patients beside them.

They are the hospitals’ social patients – hundreds of mostly elderly Jamaicans abandoned inside the island’s struggling hospitals, a situation made worse with the increased scarcity of resources to handle the ensuing pandemic.

Many are paralysed, some rescued from the streets by the police, others fully recovered – all well enough to go home but abandoned by relatives. And while they are not in need of immediate medical care, they linger at hospitals for years.

Now, they are the proverbial prisoners of a COVID-19 war being waged on the hospital front line, and often their numbers go uncounted.

The Gleaner has learnt that at least four social patients have tested positive for COVID-19 at the Princess Margaret Hospital in St Thomas, and officials at larger institutions such as the Kington Public Hospitals (KPH) fear the numbers could be greater.

The backstories are grim. Yet, they are telling of the Government’s urging citizens not to visit hospitals unless absolutely necessary – a caveat many Jamaicans had taken to heart long before the corridors became crammed.

“Since last week, we had a major lockdown of the male medical ward because we have quite a few social cases, and a couple of them came back positive. Clearly, they contracted the illness on the ward,” one healthcare worker told The Gleaner.

“The first positive case was that of a blind man with no relatives, and then there were two others who were admitted for schizophrenia. They have been here for years, one since 2017,” continued the worker cautiously. “It is suspected that a nurse might have inadvertently passed it on to them.

“Honestly, they could have contracted it either from the staff or patients, but all of their beds are to the back and close together. So it is more likely that it was from staff members as they have limited interaction with other patients,” he continued.

There are six male and one female social patients at Princess Margaret, and while Melecia Linton, chief executive officer at the hospital, was quick to point out the exposure, she shied away from confirming the number of positive cases.

“The truth is that the possibility exists that our regular patients, some of whom are asymptomatic, may come back during our regular surveillance as positive, and this does present a risk for our social cases,” said Linton, denying allegations of a shutdown of the male ward last week.

“Our workers come in contact with various patients and these are the same persons who are managing social cases, and we don’t have a designated space for social cases,” she continued.

“As such, they are managed in our regular opened wards. The hospital is not so designed to manage social cases and with the [COVID-19] spike, the number of bed spaces are very limited,” said Linton. “Our COVID-19 and isolation wards are filled to capacity.”

On Thursday, Burknell Stewart, CEO for the Kingston Public Hospital, could not confirm whether any of the estimated 25-30 social patients housed at the facility have tested positive for the virus.

“But, in principle, any one of us in the world – whether you go to church or to school – can have COVID right now,” he said, noting that he has not yet done an assessment of the coronavirus positivity within the social patient group.

“Invariably, we have a revolving door of persons coming in. They are abandoned, and if we can’t identify relatives … they are not that ill to be hospitalised but we cannot put them out on the street,” he said.

Concomitantly, a shortage of efficient personal protective equipment (PPEs) is also being blamed for a growing number of suspected COVID-19 transmissions in hospitals, even though new patients are tested upon entry, health workers told The Gleaner.

Health Minister Dr Christopher Tufton, during a recent tour of the western region, described the social-patients situation as untenable.

“It is crazy the situation when people have their significant others at hospitals. The situation has to be challenged in the court. A lawyer has been engaged to see how we can address it,” he said.

Errol Greene, who heads the Western Regional Health Authority, on Wednesday said reports of social patients testing positive for coronavirus had also not been brought to his attention, even though he bemoaned the large numbers in his region.

“Both permanent secretaries in the Ministry of Health and the Minister of Local Government are meeting at the highest level to see what can be done to deal with this situation,” he said.