Missing 13-y-o had reunited with biological mother weeks ago 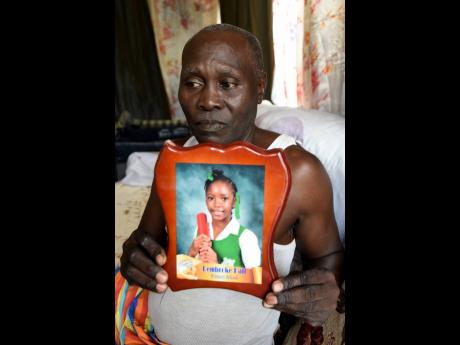 Ian Allen/Photographer
Obadiah Lamont holds a picture of his daughter, Lamekia Lamont, who is missing. 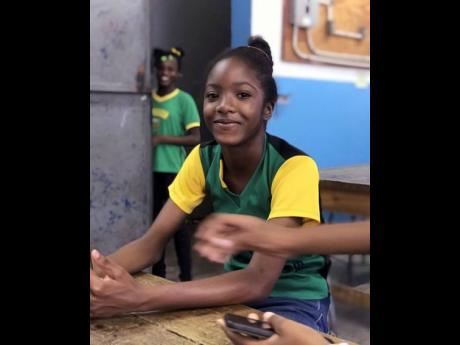 Contributed
Lamekia Lamont, the 13-year-old Camperdown High student who has been missing since Friday.
1
2

The parents of 13-year-old Camperdown High student Lamekia Lamont, who has been missing since Friday, are fearful that her disappearance might have been orchestrated.

Obadiah Lamont, a security officer, sought to calm his frayed nerves on Palm Sunday by listening to a church service on his mobile phone while his wife, Millicent, tended to another child.

Lamekia’s aunt, Sweeney, recalls that her niece got up early on Thursday morning and proceeded to wash her shoes and slippers before giving herself a pedicure. She said the eighth-grader had never done any of these chores without instruction – and repeatedly so.

“I wasn’t thinking that she had a plan,” Mrs Lamont said, upon reflection.

However, they revealed that Lamekia, who was legally adopted at three weeks old, had made contact with her biological mother about a month ago.

Lamont disclosed that it was only after she went missing that his wife revealed that Lamekia’s blood mother had turned up at the Windsor Heights, St Catherine, home and given the child a cell phone.

Sweeney confirmed that they had been in constant communication since then, with the biological mother promising to take bun and cheese for Lamekia for Easter.

The Lamonts say their daughter went missing about 8:30 on Friday morning.

The Central Village police have confirmed that a report was made that day. People in the area allegedly saw her entering a car that morning.

The Lamonts have been in contact with the mother, who lives in Trelawny, but who was a resident of Windsor Heights when Lamekia was born.

The biological mother has reportedly denied knowledge of the whereabouts of the missing 13-year-old.

Meanwhile, Mr Lamont said he has had sleepless nights since Friday and has not eaten much, but the disappearance of their daughter seems to be taking a heavier toll on his wife.

Mr Lamont is unused to the invasion of privacy that has come from seeing Lamekia’s photo splashed across social media, but he is willing to accept that intrusion if it brings back his daughter.

“My message to anyone that have her, just free her and let her come home back to us,” was the plea from Millicent between sobs.

“The house dead as you. I was listening to the service, so that kind of keep me, and prayer. People calling me from all over the globe. I can’t do nothing. I have to be the strong one because she nuh stop cry from Friday,” he said of his wife.