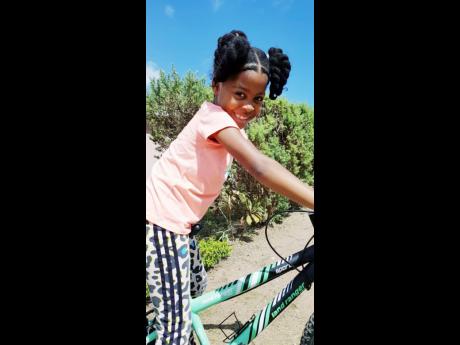 Eight-year-old Ngozi Wright, who made history in 2019 when she became the youngest person to speak in the Jamaican Parliament, wants murderers and rapists to “low” the country’s children.

Her cry for an end to the vicious attacks on the likes of Khanice Jackson, whose body was found with her hands and feet bound on March 26, and Jasmine Deen, who went missing a year ago, spawned a defiant dub poem titled ‘Mek Dem Grow’, which went viral on social media on Monday.

“It has been affecting my mind and the minds of other young children. We are the future. It is wrong to be taking away our lives. I did the poem because I want my voice to be heard,” she told The Gleaner.

Ngozi has called for men in Jamaica to desist from harassing women and girls.

“Not because they look a little big, even though they have started to look like adults, they are still children,” she charged.

The last time the youngster, whose twin Tafari also spoke in Parliament, received national attention was when she used her gift of gab to bring awareness to violence against women.

The Jessie Ripoll Primary student said that although the words of the poem were penned by her father, Omaall Wright, she wants to counsel parents to ensure that their children should be in the “right company”.

She wants parents to have a keen ear and to allow their children the freedom to speak openly.

“Sometimes the children have problems and want to tell their parents, but the parents are not approachable,” Ngozi lamented.

The youngster, whose parents recognised her gift when she was only two years old, wants the electric chair for men who commit heinous crimes against women and children.

The no-nonsense poet, who medalled at the Jamaica Cultural Development Commission Festival speech competition at age four, said she was in favour of the death penalty for murderers.

“Getting them off the streets is what is important,” she stressed.

Ngozi is outraged at the killing of Jackson and the presumed death of Deen.

Her concerns stem from a rising murder toll in 2021. Killings have climbed by five per cent, from 347 to 364, up to March 29 compared to the corresponding period in 2020.

Her father, a theatre arts teacher at Holy Childhood High School, said he was passionate about activist poetry.

“I find them most effective coming from a female, especially a child; persons tend to listen to them mostly because they are the ones most affected by what is happening,” he said.

His children are not allowed to visit neighbours’ homes, Wright said.

“We don’t allow them to accept gifts either, unless we know about it. The principles we are instilling are working,” he added.

Prince and princess, kings and queen,

How them can’t find Jasmine Deen,

The year just start and a bare crime scene

We have a voice, hope unnu listen,

Every day, children a missing.