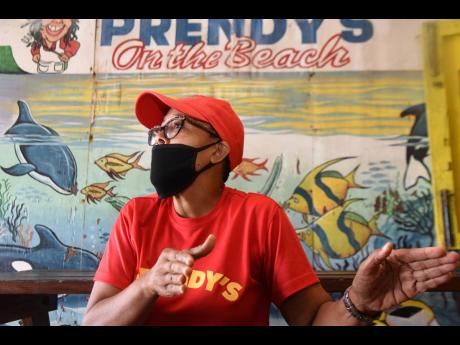 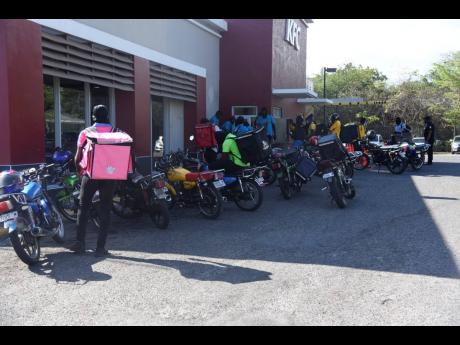 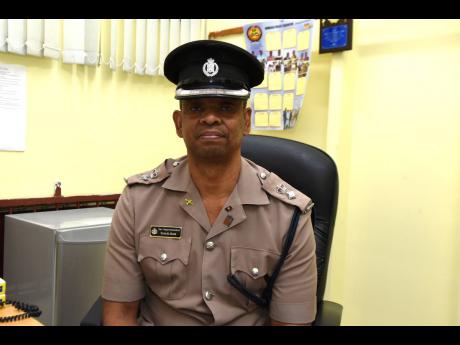 Proprietors who participated in the pilot of the E-commerce National Delivery Solution (ENDS) platform launched in Portmore, St Catherine, last weekend have raving commendations for the initiative realised through a partnership between the Government and private sector.

Cutdiline, one of the courier services which participated in ENDS, was conducting business in Portmore for the first time since being founded in 2016. The co-founders and operators, Victor Clemetson and Javed Cameron, both agreed that for a pilot, the weekend’s operations were smooth.

“The feedback from the customers was very welcoming. In terms of getting on the platform, it was very simple,” said Clemetson.

“Some of the restaurants weren’t really ready as yet but the pan chicken men were ready and we delivered to their customers,” he added, explaining that it was a 95 per cent success because restaurants were understaffed, having underestimated the participation of customers and the viability of the platform.

ENDS is described as a food directory that centralises the food services provided within Portmore, which was chosen as the control space for the test run. Currently, customers can order food from 14 restaurants, pay using an e-commerce platform and have their meals delivered by a participating courier service of their choosing.

The solution was made effective at 8 p.m. on Friday, March 26 and operated within the curfew hours over the weekend. A digital curfew passport offered by the Portmore Municipal Corporation, in tandem with a QR code system developed, allowed police officers to verify the identity of the bearers and if they are permitted to be operating at said time.

Cutdiline had more than 30 bearers and five administrative staff on the ground. They will be aiming to double delivery capacity in the coming week.

To disable the fears of other business operators for an opportunity being lobbied since the advent of the curfew last year, Clemetson affirmed that the programme is of long-term benefit as the country moves toward digitisation.

“When somebody goes to the Government, they will see your store, and maybe this person wasn’t aware of your store before so it’s a bit of a marketing opportunity for you as a small entrepreneur and a small business,” said Clemetson, encouraging small proprietors to sign up.

Though they experienced glitches in the beginning with the website, Donnette Prendergast, owner of Prendy’s on the Beach, expressed comfort and excitement at the opportunity to continue operations in curfew hours.

“Most of my business came in the curfew hours,” she said, noting that the 60 per cent of her clientele located in Portmore have been very supportive.

“The demand is there,” she said, noting that more bearers need to come on board. She suggests that each bearer or companies work with only a set of entities to provide an even smoother flow.

Prendergast is looking forward to improved advertisement and sensitisation of the platform, attributing her success to her initiative of employing a town crier for the business.

Verol Scarlett, pan chicken man of 20 years operating in Naggo Head taxi terminal, said he operated at a deficit over the weekend as he is not technologically inclined to advertise and let people know that he was operating.

He said the representatives from WiPay, one of the players in the e-commerce platform, were on site assisting with accepting the orders digitally, but “what happens when they are gone?” he asked.

“Some of my customers, most of them from certain areas, don’t have the technology and don’t know where to go for the site to get it either, so I think that is a barrier,” he said, declaring that he still welcomes the opportunity and hopes for an improvement.

Done in two and a half weeks

Chris Reckord, lead on digital transformation for the Private Sector Organisation of Jamaica (PSOJ), told The Gleaner that businesses, even those that are not non-members, rallied their resources at the prime minister’s request to brainstorm and develop this solution. As such, he said the platform took approximately two and a half weeks at no charge.

The project was led by PSOJ President Keith Duncan and Reckord from the organisation, along with Sheldon Powe from Innovate 10X and Larren Peart from Bluedot, but the platform is said to be made possible by a consortium of entities working together for a public good.

Though they will make continuous development to the platform with assessment from the pilot, ENDS is expected to be fully handed over to the Government for operation by Wednesday at the latest, Reckord told The Gleaner.

The upcoming Easter weekend that was once filled with festivities and adventures is expected to bring an uptick in traffic with more stringent lockdown curfew hours.

Deputy Superintendent of Police at the Greater Portmore Police Station, Hopton Nicholson, said “additional resources will be deployed” for the upcoming weekend as they anticipate a boost in ENDS activities.

Senior Superintendent Clive Blair reported that some 90 per cent of food vendors were compliant, while others continued operations without being registered on the system as they either did not know of the platform or how to register.

Some business providers are waiting on the expansion of ENDS as most or all of their customers are in Kingston and St Andrew.