I am going to fight for Lamekia, says biological mother 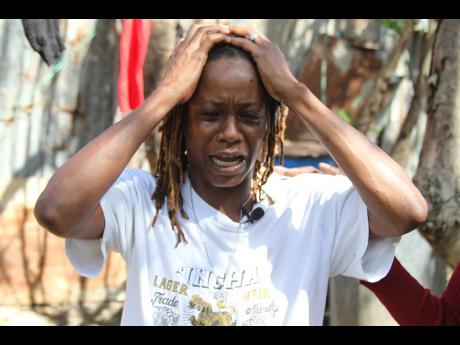 Nathaniel Stewart/Photographer
Camille Blair says that she hasn’t given up the battle for her child, Lamekia. 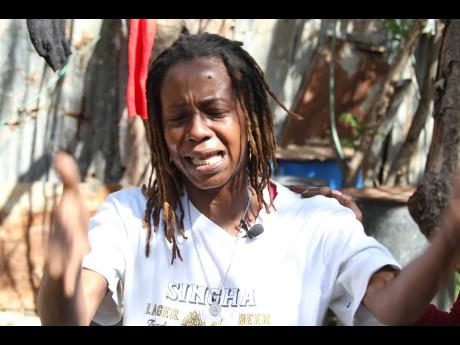 Nathaniel Stewart/Photographer
Camille Blair breaks down as she recalls her daughter Lamekia’s appeal to be heard and understood.
1
2

Camille Blair said she cried daily to be reunited with her now 13-year-old daughter Lamekia Lamont, whom she had entrusted to Obadiah and Millicent Lamont’s care when she was a young, poor mother. But when she learnt that her fifth child wanted to...

Camille Blair said she cried daily to be reunited with her now 13-year-old daughter Lamekia Lamont, whom she had entrusted to Obadiah and Millicent Lamont’s care when she was a young, poor mother.

But when she learnt that her fifth child wanted to harm herself, she decided to take her, triggering a missing person report which went viral over the weekend and caused national hand-wringing for her return.

Blair, 38, said that Mr Lamont was Lamekia’s godfather and the couple were good friends with Blair’s mother, who lived nearby.

Blair contends that she never gave her child up for legal adoption, although the couple have official court documents that appear to suggest otherwise.

Instead, Blair said she took her mother’s advice to have baby Lamekia stay with the couple since she was a nightclub dancer living on the edge and already struggling to take care of her other children.

“She said, ‘All right, let the Lamont them keep her for you and you go a work and bring what you can bring.’ That was the agreement I made,” she insisted.

Blair said she decided to relocate to another parish some months after and went back to the Lamonts’ house to reclaim Lamekia, but alleges that Millicent and her own mother convinced her to let her daughter stay.

“She (Mrs Lamont) said, ‘Camille, I don’t think it is wise to give you the baby and you don’t have anywhere for yourself,” she said.

After Mrs Lamont reportedly threatened to go to court, Blair said she backed off. She said Lamekia was several months old at the time.

“Mi ease off, I did. Mi bawl over it, mi stress over it. Mi a wonder if a it make mi feel depressed sometimes,” she told The Gleaner from her Clarendon home on Tuesday.

Blair maintained her distance until last year when her grandmother died and she went to Windsor Heights to reconnect with her relatives.

“My mother come to me and said to mi say, ‘Your daughter outside to you,’ and when I look outside and see her, I freeze, I couldn’t even move. Eye water run out of my eyes and she run come hug mi up,” Blair said.

The biological mother said that she had been warned by her mother not to “stir up” trouble for Lamekia.

However, she was moved to give Lamekia a phone in February and the two started communicating more regularly. She sought to intervene after learning of uneasiness in the Lamont home, which prompted her to file a report with Child Protection and Family Services Agency (CPFSA).

“Mi no know what to do, so I do the only thing that come to my mind, I run to her rescue,” said Blair.

An official from the CPFSA confirmed that Blair did call its Spanish Town, St Catherine, branch. That call was returned on March 26, but Blair did not answer, the official said. A voicemail message was left.

An investigation is ongoing.

Lamekia and her mother travelled to Trelawny on Friday, where the teen met some of her siblings for the first time. Blair has nine children. They then travelled to Clarendon so Lamekia could get her hair done.

After an Ananda Alert was activated and her adoptive parents made pleas in The Gleaner, Blair took the child to the Greater Portmore Police Station in St Catherine Monday evening.

“Mi miss her, mi really miss her, because mi did a wait pon this day ... . It’s just breaking. It breaking bad,” said Blair, who is now married and is more financially stable than when she was a young mother.

Blair has decided to stay in Clarendon for now so that she can be nearer to Lamekia.

But her battle to reclaim her daughter is only at the beginning.