TOO EASY ON KILLERS 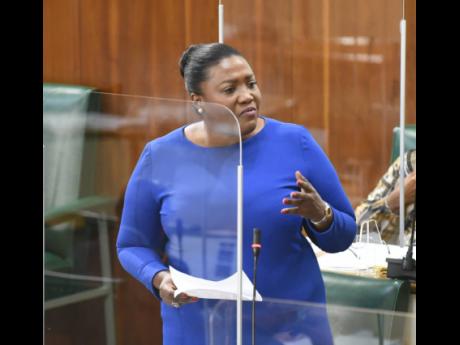 Kenyon Hemans/Photographer
Government backbencher Kerensia Morrison was outraged at murderers getting up to 50 per cent reductions on their sentences. 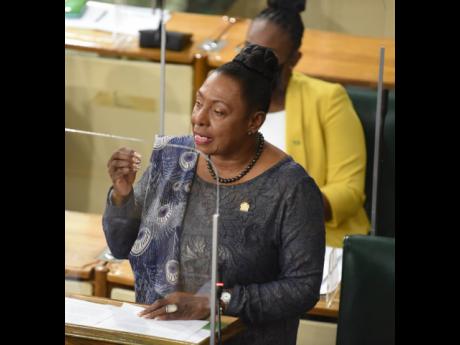 Kenyon Hemans/Photographer
Olivia Grange: “How can we as a society remain unmoved by these horrible deaths of our women and girls?”
1
2

As pressure mounts on the Andrew Holness administration to respond to recent chilling attacks on women, government backbencher Kerensia Morrison questioned, on Tuesday, discounts of up to 50 per cent on sentences for persons who plead guilty to a crime.

Morrison has the backing of the prime minister and Opposition Leader Mark Golding, which could set the stage for a review of the law, which is bound to provoke lawyers at the criminal Bar who in 2015 hailed the move.

The brutal killing of 20-year-old Khanice Jackson sparked fire in the belly of the first-term parliamentarian on Tuesday as she unleashed with fury.

“Even if there is a reduction in the sentence for pleading guilty, the amount given must be reflective of the nature and the severity of the offense,” Morrison argued, making reference to the Criminal Justice (Administration) (Amendment) Act.

“The law needs to serve as a deterrent. It cannot be that you murder someone, you kill someone, and it is an automatic 50 per cent of the sentence because of a guilty plea,” the St Catherine North Eastern member of parliament further stressed, supported by cries of “No!” and desk-pounding.

But former National Security and Justice Minister K.D. Knight said, in an interview with The Gleaner on Tuesday, that the discount was not automatic and instead guaranteed a minimum sentence for a crime.

“It operates two ways. It is a mandatory sentence of 50 per cent and then the discretion of the judge comes into play, and the judge may very well add 40 per cent, so the person can get 90 per cent of the maximum,” Knight, a criminal defence lawyer, said in reaction to pushback against the legislation.

“You can have a case lasting for years before it comes to trial and witnesses disappear and things happen, so if you can unclog the court, that is, administratively, something good.”

But Attorney General Marlene Malahoo Forte, speaking in Parliament on Tuesday, argued that she had disagreed with the 2015 amendment.

Malahoo Forte, a former judge, contended that sentences cannot be used to clear backlogs in the courts.

Justice Minister Delroy Chuck said that sentence reductions, on account of guilty pleas, were “not appropriate” in all instances.

Knight, too, was wary of a disclosure by the justice minister that new legislation is coming to give the director of public prosecutions the right to appeal.

Knight said that would add to the already heavy workload of courts and said there would have to be a very narrow window of circumstances where appeals by the prosecution may be applicable.

Addressing Parliament on Tuesday, Grange listed a number of women or girls who had been killed over the past few months.

The minister said the women were killed as a result of domestic abuse and the refusal of men to accept the decisions of females.

“How can we as a society remain unmoved by these horrible deaths of our women and girls? To what extent does the continuation of this hostility speak to collective failure on our part in the House and on the part of the whole society?” Grange questioned.

Grange acknowledged that a campaign for women to arm themselves was gaining momentum. She said her ministry would be in dialogue with the Ministry of Justice to iron out the issues.

But Knight said that there needed to be a fundamental reorientation of men.

“There shouldn’t be a sociologist who is unemployed or underemployed. We have to go on a massive resocialisation of the society, starting in the schools! And you have to have community programmes for resocialisation. Because unless you have a societal change, locking up not going to help,” Knight warned.