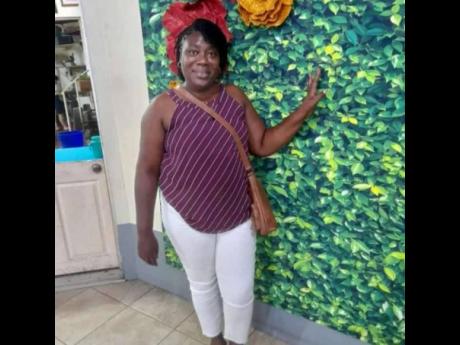 "Rise and shine, my grade 3F, babies!" is how grade three teacher Nattalie Dawkins greets her students in a WhatsApp group each morning.

One parent said she knew something was wrong when Dawkins, a teacher at the Four Paths Primary and Junior High school in Clarendon, did not sign in to her virtual class Wednesday morning.

Dawkins has been missing since Tuesday.

Rose-Marie Logan, principal at Four Paths Primary where Dawkins has been teaching since 2000, says her staff are saddened by the shock disappearance. They are clinging to hope she will return home.

"It is anxious moments for us, because as the hours pass, you're hoping to hear something positive regardless of what has been going on in mainstream media where women have been abducted and their bodies found. We're hoping and praying this will not be the fate of Ms Dawkins," she said.

Those fears of the ultimate tragedy have been heightened by the murder of Khanice Jackson, 20, of Independence City, who had gone missing on March 24. Two days later, her corpse was found near an old fishing village in Portmore.

The gruesomeness of the killing, allegedly by Robert Fowler, who has been charged, has sparked national outrage, including ire in Parliament about sentencing reductions of up to 50 per cent.

Logan, who broke down during an interview with The Gleaner, spoke feelingly of Dawkins, whom she described as a passionate educator who had a close relationship with students.

"We started our infant department and one of our babies would find her every single morning. He's so attached to Ms Dawkins, he eventually started calling her mommy," shared an emotional Logan.

According to Logan, colleagues became concerned on Wednesday morning when the usual punctual Dawkins did not show up on time for a function at the school.

"The Wednesday morning she was supposed to come in at 8'o clock and make the sandwiches, and when the other staff members arrived, they realised she was not there and she's usually very punctual, so that's when an alarm went off," she said.

Paul Scott, president of the Clarendon chapter of the Jamaica Teachers' Association, also expressed sadness at the teacher's disappearance.

"Family, friends, and colleagues are faithfully awaiting some good news. Let us continue to pray and hope for her safe return," he said.

A reward of $500,000 is being offered for information on Dawkins' whereabouts.