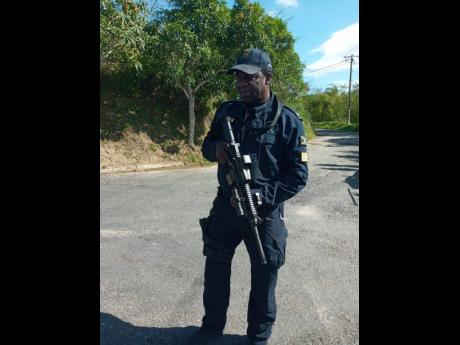 The St Catherine North police are seeking Rumell Anderson, whom they say is wanted in relation to the alleged sexual assault of an eight-year-old girl.

Reports are that Anderson allegedly raped the girl several times over 18 months spanning January 2019 to July 2020.

The child was returning home from making a purchase at a shop when she was attacked by two men on a track where she was sexually abused. She was also forced into oral sex.

The girl was also sexually assaulted on the day of her mother's funeral.

Superintendent of Police Steve Brown, who is in charge of the St Catherine North Enhanced Security Measures Task Force, said Anderson should turn himself in without delay.

"We are asking the residents to bring him in to the police because he needs to face the court. This sexual offence thing has become a headache," Brown said, while observing that there are "some sick men in the society".

"We are after him and we are not going to stop until we find him," he added.

The police revealed that the child's grandfather, whom they believe aided and abetted Anderson's actions, is also wanted.

The grandfather, to whom the child revealed the initial sexual assault, did not report the matter to the police. He has eluded the police as well.