Dad wants deaf daughter to hear ‘I love you’ 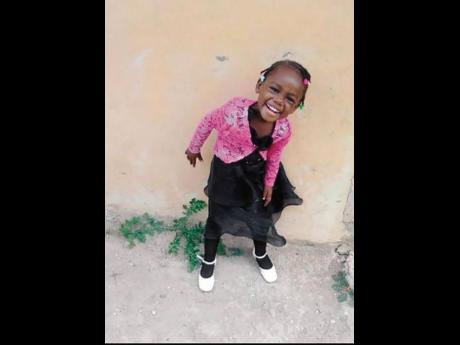 “Help Joanna hear!” is the plea from a Clarendon family for their infant daughter who celebrated her fourth birthday last Wednesday.

But instead of showering little Joanna with toys, her parents are seeking assistance in getting hearing aids as a belated birthday gift.

She will also need a cochlea implant after an auditory brainstem response test showed damage to the tissue in her inner ear.

The procedure is to be done at the Children’s Health Care of Atlanta in the United States at approximately US$50,000.

Joanna’s mother, Felecia Morgan, told The Gleaner that she was advised that her baby suffered damage to her inner ear because of possible overexposure to oxygen.

“She came with a small cry [at birth] and she was rushed to be placed on oxygen. I had her 3:45 in the morning, and I didn’t get her until around 7:30 in the night,” said Felecia Morgan.

“I took her to a pediatrician and explained to him, and he then said it’s a possibility of too much oxygen, but then it was revealed by the audiologist that it was too much oxygen that destroyed her tissue in the inner ear,” she added.

Mrs Morgan said that tests conducted by the Caribbean Hearing Center in Kingston confirmed that Joanna has severe hearing loss.

“It has been very hard emotionally, physically, and financially. I really feel stressed sometimes, especially when she’s trying to communicate with me and knowing it was too much of oxygen that destroy my baby girl ears,” she bemoaned.

Mrs Morgan, a hot dog vendor in May Pen, said she was forced to halt her operations because of a slowdown in business linked to the COVID-19 pandemic. The family is finding it difficult to source the funds for Joanna’s treatment.

The situation has also been an emotional burden for Joanna’s father, Aaron Morgan.

He said his heart is broken when Joanna gets frustrated trying to communicate with them in vain.

“She doesn’t realise that something is wrong with her. I see in her eyes that she thinks we’re unfair to her, but it’s just that we don’t understand each other clearly.

Persons willing to assist may donate via the following bank and GoFundMe accounts.