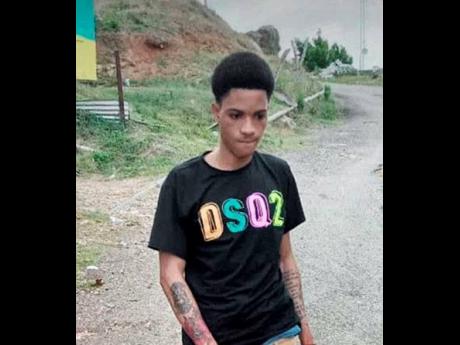 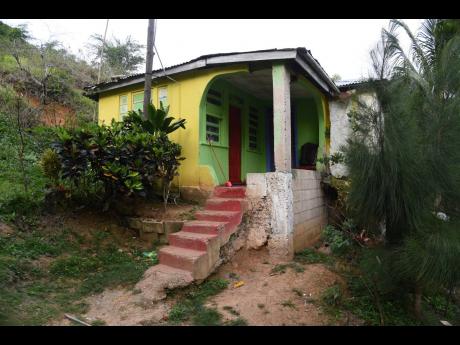 Ian Allen/Photographer
The house in Bellas Gate, St Catherine, where Jeff Bedward and cronies reportedly stayed. Bedward was shot and killed in Bellfield district after he and another man reportedly challenged the police. 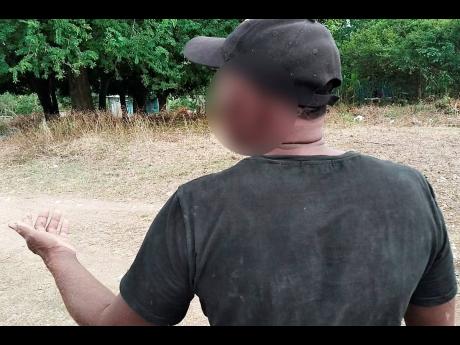 Nathaniel Stewart/Photographer
Isaac Bedward, 61, father of the late Jeff Bedward who has been linked to the disappearance of schoolteacher Nattalie Dawkins.
1
2
3

The farming community of Bellas Gate has been in the grips of a siege by 20-year-old Jeff Bedward, the suspect linked to the disappearance of a Clarendon teacher who was killed in a firefight with the police on Saturday. Relatives and residents of...

The farming community of Bellas Gate has been in the grips of a siege by 20-year-old Jeff Bedward, the suspect linked to the disappearance of a Clarendon teacher who was killed in a firefight with the police on Saturday.

Relatives and residents of the northwestern St Catherine community have unveiled Bedward as a killer who drove fear into rural folk who did not seek the intervention of the police.

Bedward’s 23-year-old brother, along with two other men, was taken into custody by the police on Tuesday. It is unclear whether he is suspected to be the accomplice of the slain man or has been detained for questioning.

Jeff Bedward and another man, who eluded the police on Saturday, were found in possession of Dawkins’ Toyota Wish motor car.

The brothers’ father, Isaac Bedward, was filled with rage and disappointment on Tuesday.

“It better me never badda get them. It better a bare gyal pickney me did get, ‘cause none a me gyal pickney them nah give me no problem,” he told The Gleaner on Tuesday.

The father of eight said that his older son, who remains unnamed because he has not been charged with a crime, was receptive to advice but that Jeff refused to heed his warnings and pursued a life of crime.

“Long time him a follow man a do wrongs, you know, and me tell the police them fi come fi him,” he said.

The elderly Bedward said that his relationship with his sons had become strained over time as he expressed disapproval of them “keeping bad company”.

He blamed his slain son’s mother for his descent into crime.

“If him mother did tek him up in a hand, Jeff wouldn’t come so. Him go in any hours a night and him mother nuh say, ‘No, yuh cyaa come in dem yah hours yah,’ and she laugh and siddung and chat with him like him a big man,” he said.

He told The Gleaner of an incident in which his deceased son was allegedly involved in a robbery with an accomplice two years ago.

“When the man hold the two a them fi go beat them and murder them, a girl a pass and say to the man say a my son, and the man nuh bother beat him and just give him two slap,”he said.

Asked about her older son who is now in police custody, she said that he was not a close associate of the slain.

Jeff Bedward was brought to the community at the age of two and attended the Bellas Gate Primary School before been moved by his parents to Chateau, Clarendon.

Since Bedward’s identity was released on Tuesday, still-cautious residents expressed relief that he was indeed dead.

“He came back to the community since his grandmother died and occupied her house,” said one resident, who asked not to be named.

“I saw him and another man last week in the same car I see on the news. They parked it down the road because they couldn’t drive it up to the house, but we know him was a wicked man because a lot of us know him killed somebody from the community recently and we were afraid to tell the police,” the resident revealed.

Patricia Thomas, an aunt of Jeff’, was quick to disassociate herself from the dead suspect.

“Mi nuh have nothing to do with him. The boy come mash up mi mother yard. Him nuh hear, him gwaan like him a Chuckie. When him up a the house with him badman friend dem who tell him what to do,” Thomas said.

“... Dem should a kill him and rekill him again,” she declared, adding that she believed that he was party to the teacher’s disappearance.

Thomas, like Pusey, said she did not believe that the detained brother was involved with the disappearance of Dawkins.

Bedward’s third-grade teacher at Bellas Gate Primary said he was a troubled child who was in and out of school.

A farmer who also asked not to be named said that Jeff Bedward and his cronies stole a number of his goats but did not report the theft to the police out of fear that he would be killed.

“Mi even know seh him use to hide him gun in a mango tree near to him grandmother house when him come in at nights, but we couldn’t talk because him a killer, but now we can sleep in peace,” the farmer told The Gleaner.