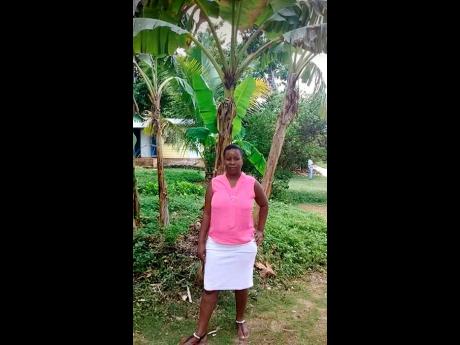 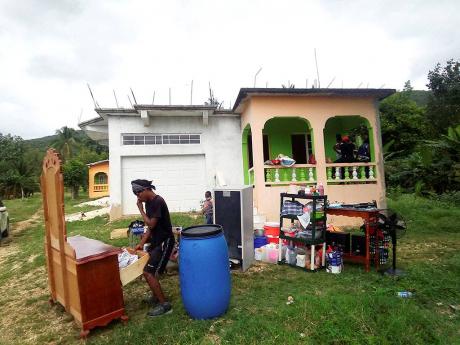 Photo by Hopeton Bucknor
Joseph Waite removes furniture and other possessions of Natesha Waite from the death house in Burnt Savannah, St Elizabeth, on Tuesday.
1
2

Detectives attached to the Lacovia Police Station in St Elizabeth have commenced an investigation into the circumstances surrounding the murder of a housekeeper, whose body was discovered Tuesday morning at her home with her neck partially severed

The deceased woman has been identified as 38-year-old Natesha Waite, otherwise called ‘Nancy’, of Bug Lane in Burton district, also in Burnt Savannah.

According to reports from the police, Waite went missing on Sunday afternoon and attempts by relatives to contact her, via her cell phone, proved futile, as it rang without answer.

Worried that something had gone wrong, one of her sons and another relative went to her house on Tuesday about 7 a.m. The son peeped through a window only to discover his mother lying in a pool of blood on the floor with her throat slashed.

The police discovered signs of a struggle inside the house. It also appeared that she might have been sexually molested.

Distraught relatives gathered at Waite’s yard Tuesday afternoon while others were seen busily washing away blood from the stained floor and removing her property from the house.

Joseph Waite, a brother of the deceased woman, told The Gleaner that his sister was a kind and loving person who would not hurt anyone. The last time he had seen her was on Sunday when she called to wish him happy birthday.

“She shoulda gone a foreign from last year go do har babysitting and housekeeping job but the COVID-19 bruk out, [so] she get stuck. She had also start tek care a wi mother who kinda sick yah now,” said Mr Waite.

“Believe me, it woulda much better if she did go weh and COVID kill har than we come find out that she come dead in a such a way.”

Residents theorised that Waite’s attacker/s used a bucket to gain access through a window to enter her home. They say they want the police to quickly bring her killers to justice.

Waite is the second woman to be found dead in St Elizabeth over the past five days after going missing.

On Saturday, 78-year-old Joyclyne Gordon, of Breadnut Walk district, was discovered dead near a pineapple field after she went missing from her home on March 14.

Investigators believe the elderly woman, whose decomposed body was discovered clad in a dress but without underwear, might have been sexually assaulted.