Trial postponed for Coke clan, others 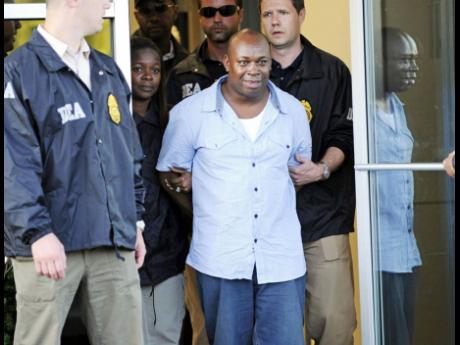 AP
Christopher 'Dudus' Coke is led away by law-enforcement officials at Westchester County Airport in New York in 2010.

Three relatives of incarcerated Tivoli Gardens don Christopher ‘Dudus’ Coke and four others who were charged in connection to the death of an alleged gangster from Denham Town in 2018 were further remanded on Wednesday after their trial was postponed to April 19 in the Home Circuit Court.

The seven accused were charged following the March 12 killing of Patrick Davis, who is believed to have been the leader of the Scream Corner Gang in Denham Town.

The trial was scheduled to start on Wednesday, but when the matter was mentioned, the prosecution requested further time because of the unavailability of a witness.

The court was also informed that one of the attorneys in the matter had contracted the coronavirus, causing the matter to be rescheduled.

According to allegations, Davis was lured to a Kingston hotel by Jones and was abducted. His body was later found dumped in Rockfort, east Kingston.

Following an investigation, the accused were arrested and charged.