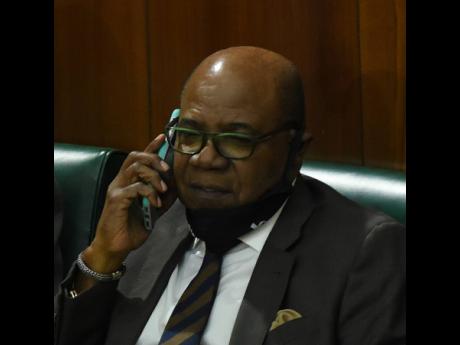 Chairman of the Global Tourism Resilience & Crisis Management Centre (GTRMC), Edmund Bartlett, has called for regional discussion on the role tourism must play in the recovery of the eruption-hit St Vincent and the Grenadines (SVG).

The island’s La Soufriere volcano erupted last Friday after weeks of threatening to spew lava on the Eastern Caribbean country.

Bartlett, who is also chairman of the Organisation of American States working group on tourism and cruise recovery for the region, wants Caribbean leaders to examine the implications for the lifeblood industry given the negative impact of the volcanic eruption on lives and livelihoods.

The Jamaican tourism minister said that communication was key at this time, particularly in letting the world understand the scale of displacement and devastation.

“Because the global community is geographically challenged and the Caribbean at times is regarded as one little district, if something happens in St Vincent, it is the Caribbean, and it is Jamaica and everywhere. Those communication nuances are very important, and this is where the resilience centre can play a critical role,” Bartlett said.

In his first talks with St Vincent’s Tourism Minister Carlos James, Bartlett said he had reached out to international bodies such as the United Nations World Tourism Organisation and the World Travel and Tourism Council regarding short- to medium-term mitigation.

He and his team are also in the process of mobilising support for SVG through international network tourism resilience partners. “And another area that the resilience centre will be looking at is how it can support the call for the placement of people during the interim,” said Bartlett.

Touched by the way the Caribbean has built response capacity, Bartlett said this was the vision that gave birth to the centre.

In the same way the centre was able to raise thousands of dollars for the hurricane-ravaged Bahamas two years ago, Bartlett says the action from tourism interests can be impactful.

Thousands of residents have been sleeping in emergency shelters since last Friday following evacuations in what, according to Bartlett, emergency officials have described as a “battle zone”.

“A disruption of this magnitude calls for an urgent discussion,” he added.

Professor Lloyd Waller, executive director of the GTRMC, expressed concern that although disruptions were not new, they appeared to be occurring more frequently and with more devastating effects.

“We need to collaborate on the way forward, especially as a heavily tourism-dependent region,” said Waller.